"A bit of fruit on the desk won't do": tackling the absenteeism epidemic

UK businesses are learning the hard way that the well-being of employees can have a direct impact on their bottom line. Christian Doherty talks to the UK national director for health and work Dame Carol Black about the implications of the recent sickness absence review and the importance of human capital.

In tough economic times, the majority of businesses focus on shedding non-performing assets, cutting unnecessary costs and shaving overheads. However, there's a growing belief among regulators and academics that this focus on cost-reduction is causing companies to neglect some of the fundamentals that have a major impact on their bottom line. For most firms, faced with the need to make more from less, focusing on eking out internal improvements now tops the list of corporate objectives - and head of that list is the well-being and productivity of employees.

There is a long way to go. In its most recent survey, PwC found that while the UK was broadly in line with its European competitors in days lost to sickness, it had nearly double the rate of the US and Asia. With the average UK salary around £25,000, absenteeism is costing UK business roughly £32 billion per annum.

"There's remains a question of whether UK employers should be investing more in the health of their workforce," said Richard Phelps, the firm's HR consulting partner. "US firms tend to take greater responsibility for staff well-being, whether that is providing gyms in the workplace or access to counsellors."

Report from the front line

This goes some way toward explaining why the Department of Business, Innovation and Skills (BIS) asked Dame Carol Black, the long-serving health czar, to look into the issue of well-being, absenteeism and health at work.

Black headed up the sickness absence review. The report clearly shows there is much to be done before UK plc can claim it has solved the problem. For a start, there remains a need to convince some businesses that employee absence is a serious concern.

"Quite a lot of companies understand that even if they had to downsize, and if it's been very difficult for remaining staff, their well-being and ability to deliver as well as possible is maybe even more important," explains Black. "And while there's not much fat in the system, companies are working at the limits as far as their staff are concerned."

Having completed the review in February, she believes that while no silver bullet exists, there are some steps that government and businesses can take to begin to address the problem.

"What the review showed was weaknesses in the current system, without any shadow of doubt," she says. "So it wasn't like there was just one overwhelming big weakness that you could say, 'well, let's correct that and all will be well', rather that the whole journey was really not fit for purpose.

The UK is not the only country to face these challenges and Black's team discovered that there are proven remedies that will deliver serious benefits to all sides. The experience of the Netherlands proved to be especially revealing.

"We looked in great depth at the Netherlands because it had had some of the worst sickness absence levels in Europe going back 15 years," she explains. "They were really at the bottom of the table, so they brought in major legislative changes."

The review found that some of those changes (including forcing employers to carry a greater burden when employees went sick) led to the industry taking out insurance against that happening, and as the insurance industry grew so did a growing occupational health industry designed to assess employees taking sick leave. The result was more focus on what leads to sickness absence and a greater understanding of how to prevent it.

"It also had a job-brokering service which we felt might be a very useful additional input," says Black. "We could certainly make the case financially for the government to support that."

"According to BUPA, nearly two thirds (62%) of small-business bosses say that employee absence is negatively affecting their business."

The report concludes that by removing the need to go onto state benefits, the service gives employers the chance to cut loose a long-term sick employee, while at the same time providing individuals with an easier route back into productive work.

This idea emerged as a result of complaints made by employers over the lack of available guidance on how to manage employee absence. In addition, the review states that, "We have also learnt that employers would value access to independent expert advice on the functional capabilities of sick employees, especially in longer-term and more difficult instances of sickness absence where there is great risk of people never working again. Therefore, we have recommended the introduction of an independent assessment service - a new source of functional assessment and occupational health advice."

But while Black and the review team gave due attention to the statutory processes that currently govern how employees who take time off sick are handled (and how the benefits system might be reformed), there was also a drive to improve how companies go about avoiding excessive sick leave and absenteeism in the first place.

"When I started this job in 2006, I could not find many, if any, really good examples of UK companies that had good figures, where you could actually see return on investment in pounds and pence," she says. "Now, we have many more cases from the big companies, middle-sized companies and even down to smaller businesses, but the crucial thing in all of the good examples we have is that there is buy-in from the top. A bit of fruit on the desk won't do."

Of course, there are fears that while the likes of Tesco and Vodafone will easily be able to follow guidelines thanks to well-staffed HR and occupational health departments, for smaller businesses the reality may be very different.

"What we've been trying to do in the Department of Health is to find suitable tools for small companies," she says. "For instance, we've had one project where big companies have mentored and helped smaller companies in their area."

Alongside that, Black is keen to champion individual projects led by health authorities that are designed to help smaller businesses manage sickness among employees.

One such example is the Workplace and Wellbeing Charter developed by Liverpool PCT, which gives a thorough guide to best practice for small companies. With over 3,000 small organisations already signed up to this charter, there is clearly an appetite for further assistance.

But while clearer signposts for businesses on what to do when a staff member is signed off sick are helpful, as any doctor knows prevention is better than cure. With that in mind, the sickness absence review spent much of its time examining what measures companies can adopt in order to reduce the likelihood of employee absence.

For some businesses, that will involve the application of health and safety rules and regular auditing of procedures to prevent injury. But for many others, the principal challenge of prevention will be the more difficult task of facing up to the mental health issues that are the cause of so many of the days lost to sickness.

Estimates suggest that mental health issues (principally stress, anxiety and depression) are the cause of a growing share of employee absence. Helping businesses tackle that, Black explains, has to begin with a change of attitude from employers.

In Black's opinion, demonstrating a commitment to employee well-being goes significantly beyond compiling spreadsheets of days lost to absence; it actually positions a business in a more positive space.

There are unmistakable parallels between the well-being issue and the sustainability agenda. Most businesses now place the latter at the heart of their operations as a way of distinguishing themselves from the competition and marking them out as a good place to work.

Black believes that the coming years will witness a similar growth in awareness of the importance of employee health.

"I think it does give you a different branding," she says. "I imagine that if a prospective employee is considering working with a company they might ask: 'What do you do to help me maintain my productivity, my well-being? How am I going to be sure I can perform for you within the workplace to the best of my ability?'." 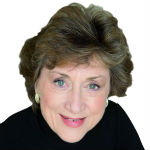