Ahead of the curve – building a sustainable business model

Many businesses today have taken huge steps towards a sustainable operations model. But, as more issues come to the forefront – not least ethical raw material sourcing and human rights in factories – what does sustainability mean in 2015? Stephen Cawley, head of sustainability and responsible sourcing at John Lewis, explains how the pressures have changed and how organisations can acclimatise to a world in which green issues take centre stage.

It is fair to say that corporate social responsibility has climbed up the retail-business agenda. While just a few years ago, it was regarded as something of a peripheral concern, today it sits right at the heart of business strategy. Encompassing everything from material sourcing to labour conditions - not to mention carbon footprint - becoming more sustainable is a widely trumpeted goal.

The reasons for this shift are twofold. First, we have seen the emergence of a new breed of consumer who are apt to consider factors other than cost and quality when making a purchasing decision. For these ethically-driven spenders, issues such as air miles, fair trade and manufacturer transparency have a critical role to play.

Second, businesses are coming under increasing regulatory pressure to implement sustainable practices. There is an expectation that they will be clear in what they are doing, and will be held publicly accountable if they fail to meet their targets. As Stephen Cawley, head of sustainability and responsible sourcing at John Lewis, explains, recent years have seen a raft of new legislation.

"There's a growing expectation from the UK Government and the EU in terms of how businesses operate within this country and within Europe," he says. "Things are constantly mounting up and the pressures are increasing continually. I expect this will be the way things go forward."

Some of these rules are perhaps obvious, such as the legislative requirement to implement a carbon plan. The company has pledged to reduce its carbon emissions by 15% by 2020, compared with a 2010 baseline year. While targets of this kind are in line with EU law, John Lewis is aiming to go above and beyond expectations, and is currently reviewing the figures to see what more it can do.

"What we will be doing is looking internally at how our partners can become involved, because we recognise they will all want to have a dip in the sauce of things we're doing around carbon," explains Cawley. "That might be about saving electricity, turning off lights or using less water."

Other laws are more specific to retailers. For instance, the EU Timber Regulation came into force in March 2013. Preventing the circulation of illegally logged wood, it affects operators and traders. Retailers selling wood-based products are required to keep information about their suppliers and customers, so that the wood they handle can be traced as easily as possible.

Similarly, the Modern Slavery Act 2015 has just been passed into law in the UK. This act contains provisions for businesses over a certain size, requiring them to disclose each year what action they have taken to ensure there is no modern slavery in their supply chains.

Laws of this kind - which affect retailers' sustainability practices - exemplify how broad the definition of the term has become. At John Lewis, responsible sourcing is a multifaceted endeavour.

"As a business, we have a constitution, and that constitution suggests being mindful of what our operations do in terms of impacting the environment," says Cawley. "That also impacts on how we source, where we source from, the materials in the factories we use and the amenities that we trade in. The responsible-sourcing side really focuses in on the labour standards and the standards in the factories that are making the John Lewis products, so it's a very wide remit."

Cawley has worked at John Lewis in various capacities for 29 years. His current role was created just two years ago when the business decided that its disparate sustainability tasks should be bracketed together. Today he oversees an extremely busy team.

"Our constitution has really clear principles about what we as a business believe we should do in relation to the environment, in terms of how we source, how we deal with our suppliers, how we impact the communities where we trade and how our operation affects the families of the workers," he says.

"These are the main drivers for what our team is about. We always think our business is about people, and there are a lot of people involved in making and producing the goods we sell to the public, so we need to make sure that they are benefitting from their involvement."

John Lewis, which forms part of the John Lewis Partnership along with Waitrose, is the UK's largest department store retailer. It has 31 department stores, ten John Lewis at home shops, a shop at Heathrow Terminal 2, another at St Pancras station, London, and an online presence at johnlewis.com. Because it sells so many different kinds of products - over 300,000 in total, sourced from 60 countries - its sustainability policies are necessarily comprehensive.

"Every year since 2001, John Lewis has publicly reported its performance in the field, setting out its policies and principles, and detailing how it is managing its environmental impact."

Every year since 2001, it has publicly reported its performance in the field, setting out its policies and principles, and detailing how it is managing its environmental impact. As the list of salient topics has grown, so too has the need to prioritise. Currently, the company is trying to determine how it can best invest its time and resources.

"For the past 12 months, we've been going through what we call a materiality process," explains Cawley. "As a business, we knew the right things we should be doing but had never formally written down an understanding of where our priorities lay. So along with Waitrose, we've been looking at all the possible issues that could impact us within the sustainability area and we came up with over 300 issues. What we're able to do by working with consultants, external agencies, NGOs and parties internally is to chalk those off and determine our priorities."

Encouragingly, many of the issues pinpointed are ones the company was focusing on already - human rights, labour standards in the factories, key carbon-reduction targets. There are also initiatives underway in terms of raw materials. While John Lewis, unlike some of its competitors, does not purchase these materials itself, the company recognises its responsibility to help those that do. It issues a responsible-sourcing programme to all suppliers, based upon codes of practice such as the Ethical Trading Initiative Base Code.

A particularly important concern is cotton. One of the world's most widely used natural fibres, cotton is also the second-most-prevalent raw material in John Lewis stores. Unfortunately, the global supply is under siege from poor environmental management, difficult working conditions and volatile market conditions. At the start of 2014, less than 4% of the world's cotton was produced in a sustainable way.

The retailer has therefore joined the Better Cotton Initiative (BCI), which aims to make cotton production better for the farmers that produce it and the environment it grows in, while improving security of supply. While BCI is not yet a labelling scheme, various BCI products, including schoolwear, have already started to appear in John Lewis shops.

The company has also joined forces with Cotton Connect to finance a farmer-training project in India. Most of the region's cotton farmers are smallholders with tiny pockets of land, and they are prone to running up debt in a quest to protect their crops. Through Cotton Connect, participants are learning to adapt to a world in which sustainable working practices are becoming increasingly vital.

"Through that project, we've helped those farmers produce their cotton much more sustainably, enabling them to increase their yield and save money through less reliance on pesticides and fertilisers," says Cawley. "We are therefore effectively putting more money in the farmer's pocket, which can be used in lots of ways."

Of course, as projects of this kind take centre stage, we might ask how they actually impact on broader business concerns. Does an increased drive towards sustainable operations mean compromising on profit? Might what is better for the planet prove bad for the bottom line?

These questions - while pertinent in the past - are beginning to sound anachronistic. Cawley points out that much of the time sustainability is in a company's business interest.

"I would say that making profit and sustainability are not mutually exclusive, and in many instances they can be mutually reinforcing," he says. "Sustainability can drive a lot of the innovation that sometimes results in savings gains. It can lead to using fewer resources, which inevitably has a cost impact that does allow us, sometimes, to make the right level of profit that we'd want to. Any retailer that tells you they don't have pressure on their margins isn't telling you the truth - there's always pressure. But I wouldn't say the pressure is any greater with sustainability."

After all, while fairly traded materials may be pricier than their equivalents, up-front cost is not the only economic concern. Consumers are themselves environmentally conscious, and may be more likely to pick the sustainably sourced product. This means retailers that fail to offer such schemes may find themselves falling behind.

What is more, sustainability is no longer an optional extra, which has scope to place a greener company at a business disadvantage. All businesses, no matter what their individual proclivities, must now acclimatise to a new world of regulatory pressures. The companies that succeed will be those that make sustainability integral to their business models, rather than making knee-jerk responses to changing legislation.

John Lewis, through continuously addressing its priorities as they shift, is doing all it can to remain ahead of the curve.

"We've gone through this process of really understanding what our issues are, and that has given us some clear plans for this year and probably into 2016," says Cawley. "That will be around human rights in our supply chain, timber sourcing and raw material sourcing. The way we buy, it's not always as clear as it could be to us where our materials are coming from and so that will be a major focus for this year. Other than those three big ones, it will really be a matter of ramping up activity."

He feels that these very timely concerns are not just applicable to the here and now. Rather, today's actions are likely to have long-term impacts that could set the course for the years ahead.

"All of us have a vested interest in making sure this is a business that's around for a considerable time in the future. We celebrated 150 years of existence last year and we're all keen to ensure that what we're doing today means the business is around for at least another 150 years," he says. 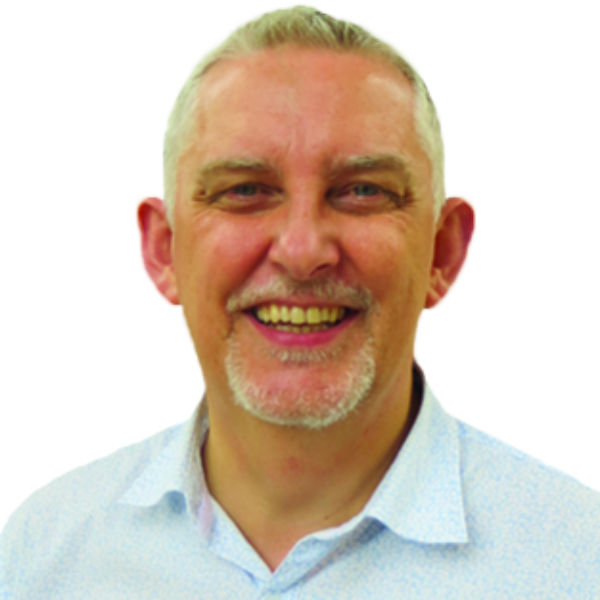 Stephen Cawley started his career in 1986 as a graduate trainee at John Lewis, Peterborough. He then went on to fill various management and operational roles at John Lewis, Aberdeen. After filling various buyer roles, he took up an appointment as manager merchandise standards and responsible sourcing in 2007. 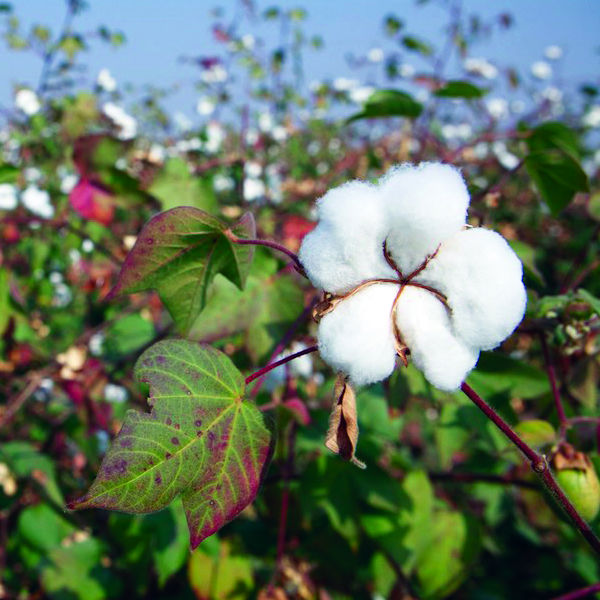