Change is inevitable. It is swift and constant. It leads to problems that need solving. Companies can either resort to hackneyed practices to find a way out of the murky confusion, or they can try extreme experimentation. Dhiraj Rajaram, founder and CEO of Mu Sigma, talks about boldly, but affordably, experimenting towards innovation.

Looking at these concerns and such outlook reports more closely, it strikes me that the CEOs often focus more on symptoms than on causes. What is driving their anxiety is not market share or new technologies; it is something else: change.

Change isn't a new phenomenon, yet it continues to accelerate, creating greater complexity and shorter business cycles. It took 100 years for modern flight to evolve into an industry with 2.3 billion passengers flying commercially each year. Yet, Facebook evolved into a social network generating 22.0 billion minutes of online interaction each day in just ten years.

The digital economy of the 21st century has catapulted business complexities to new heights, making the marketplace more intricate and dynamic than ever. As a result, business leaders fight to find simplicity in the face of hastening change. But in seeking simplicity, you can't ignore complexity - the two are flipsides of the same coin. Just as evolution occurs when species adapt to changing environments, organisations that aim to capitalise on change will be more successful than those that attempt to simply manage change.

No certainty of knowledge

In these times of continuous change and business transformations, organisations need to reprioritise and rethink the strategies and skills with which they choose to compete.

Most businesses have competed with their experience and expertise. They essentially rely on their knowledge of products and markets to innovate, to create compelling value propositions and drive growth.

With the trends du jour, however, they can quickly lose their lustre and companies can no longer rely on historic experience. Knowledge is depreciating faster than ever, forcing organisations to adopt flexible approaches.

Many organisations fail to realise that innovation is like throwing darts at a moving dartboard. You can focus on creating the perfect dart, or you can find a way to throw many more darts.

Certainly there are some good companies who will compete and win based on knowledge and expertise, but better companies will compete with their ability to learn. The best will compete with speed and adaptability. Learning over knowing will spell the norm for forward-looking organisations, helping them approach innovation, and hence problem solving, in a way that yields results to match the fast-changing environment around them.

Yet, in recent years, corporate innovation processes have become much more codified due to pressures of competitiveness, time and cost. Expertise is held sacrosanct and innovation is usually governed by regimented processes to minimise expenditure and risk.

Think of the problems faced in your industry. Is it yield management in the airlines industry? Fraud detection in the credit card sector

Route optimisation in logistics? Typically, you'll find experts who have successfully solved these for one of your competitors, and bring them in to do the same job for you. Wash. Rinse. Repeat. Applying the same methods will lead to the same results, and, too often, they will stop well short of delivering something truly groundbreaking.

Throwing darts at a moving dartboard

The truth is that real innovation is largely driven by chance, trial and error.

The error part of trial and error is very important because when we make mistakes, we learn. Ideally, we fail fast and we learn quickly. Learning is key to innovation, and experimentation is key to successful learning. So, rather than relying on experts and knowledge, we should rely on experiments.

Many groundbreaking advances have come about in this way. When a scientist experimented with a new type of vacuum tube in the 1940s, he noticed that the chocolate bar in his pocket began to melt, seeding the idea for the microwave oven. The oldest artificial sweetener, Saccharin, was discovered when a researcher spilled a chemical on his hands, forgot to wash his hands and found that the bread he was eating for lunch tasted unusually sweet.

Many organisations fail to realise that innovation is like throwing darts at a moving dartboard. You can focus on creating the perfect dart, maniacally honing its tip, barrel, shaft and flight; or you can find a way to throw many more darts. Our hubris wants us to believe that we can get better at throwing, but our best chances lie in throwing more darts. This is extreme experimentation.

Here's the sticking point, however: throwing more darts can indeed cost more if approached incorrectly. Let's face it: today's cost-conscious corporations struggle with the mantras 'fail fast and often' or 'test and learn'. The key is therefore to bring down the cost of experimentation by reducing the cost and time that it takes to throw all of those darts. This means that we can conduct more experiments more cheaply, and move from traditional innovation to a continuous learning process.

"But we have an innovation lab..."

When I speak to business leaders about extreme experimentation, I usually get one of two reactions. One is scepticism. This is especially so when they see the two words together, which conjure images of them throwing away millions of pounds or dollars. The other reaction is: 'We already have an innovation lab for all of that'.

An underlying reason for this vicious circle is that businesses typically focus on solving big problems because they see such potential solutions as the only way they can earn big profits. At Mu Sigma, we call this the 'fertile lands of disproportionate return'. It's where the shiny problems lie, the most difficult and time-consuming problems.

But here's the dilemma: big problems do not grow on trees. In fact, they are relatively rare. Searching for big problems is like searching for diamonds. They are in the ground but it is hard finding them; they are usually located in inconvenient places and lots of other people are looking for them too.

Big problems also tend to require big solutions. Big solutions require lots of highly skilled labour and impressive technology, which require spending lots of money. As a result, you might consider renaming this sector of the graph 'fertile lands of disappointing return'.

Looking at it from a higher vantage point, what you find is that most problems occupy the middle ground, what we call the 'river of reasonable return'.

Why is fraud on the rise in this particular customer segment? Why is my discounting strategy not affecting sales? Why was only one channel effective for my most recent campaign? Why are my stores in the north-east less profitable?

Admittedly, these are smaller problems but they are plentiful and often interconnected. Because of the number of problems on the middle ground, and the interactions between them, they represent the richest opportunity. Furthermore, small problems often only require small solutions. Instead of hiring hundreds of highly skilled, expensive staff to solve them, you may only need to hire and manage a few.

Enabling technologies such as big data, automation and the sharing economy contribute to further reducing the cost of experimentation.

Sift through the riverbed

You could say that businesses face a choice between removing one or two massive boulders in our metaphorical river, and dredging millions of smaller pebbles. With a culture of experimentation - one that embraces risk and volatility rather than trying to manage those vagaries of change - companies can systematically sift through the riverbed of all those problems. And they increasingly do.

A famous example is the Toyota production system, which includes an element of continuously learning from small failures to improve its processes. If Toyota assembly line workers spot an actual or potential problem, they can pull a rope called the 'andon cord' - since superseded by a yellow button - to initiate a diagnostic and problem-solving process. If the issue can be resolved quickly, production continues. If not, then production is stopped until the problem is understood and resolved.

You could say that businesses face a choice between removing one or two massive boulders in our metaphorical river, and dredging millions of smaller pebbles.

During the economic downturn, a large global retailer worked with Mu Sigma to implement a rapid test-and-learn approach to make its stores more profitable. The company was considering changes to assortment, pricing and operational strategy - the pebbles in our metaphorical river. To determine which would prove most effective, a wide range of tests were designed and evaluated. The initiative yielded opportunities worth nearly £100 million, and risks worth nearly £45 million. Overall profitability increased by 12% as a result of remodelling stores. The retailer has since introduced the test-and-learn process as its standard.

In bricks and mortar retailing, even outside peak times such as summer or the Christmas period, staffing can be a challenge. Despite having an automated planning tool, a global retailer found that forecasts from its several thousand stores were too inaccurate to determine staffing levels effectively. A test-and-learn approach enabled them to root out errors, reducing them by more than a third, and innovate their internal processes for forecasting and scheduling.

Give change a chance

This article began by stating that the challenges CEOs say they are most anxious about are merely symptoms of one underlying cause: ever accelerating change. It also challenged you, the reader, to capitalise on change, rather than sit back and simply try to manage it.

To benefit from change, you must create a culture of continuous learning rather than relying on experts. You should subscribe to extreme experimentation in order to innovate and hone in on the myriad interconnected, pebble-sized problems that trouble your world, rather than trying to shift big boulders.

These are just some facets of what Mu Sigma likes to call a new art of problem solving. If you apply this method, you will create a competitive advantage by helping your organisation spot previously undiscovered markets and niches while keeping on your toes by adapting to the complexities of the ever changing business environment. 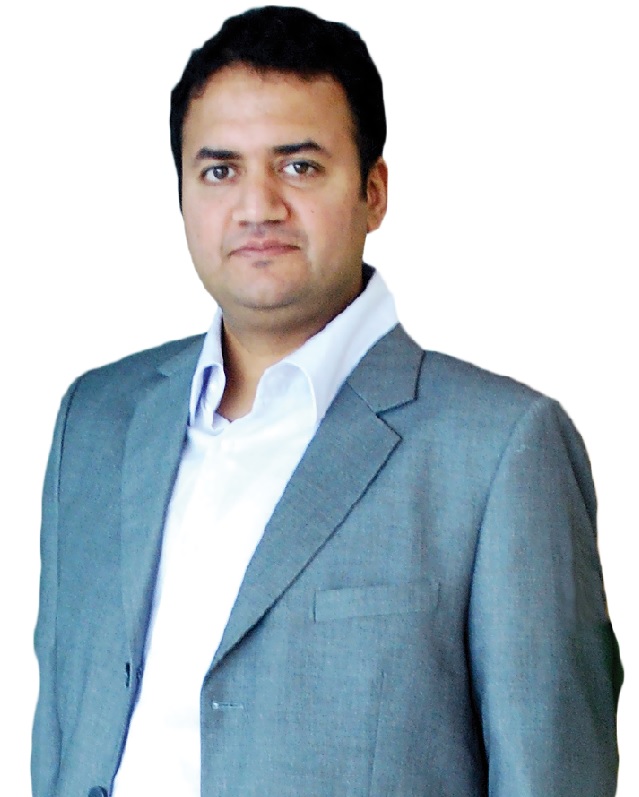