A sensitive approach to customer experience

Keeping shoppers, staff and shareholders sweet requires a personable approach to business – a concept close to Paul Polman’s heart. Barry Mansfield reports on the Unilever CEO’s drive to expand the company’s customer base in emerging markets through the installation of state-of-the-art customer relationship management technology and the promotion of healthy, sustainable living.

The turnover of Unilever, a multinational force behind popular brands such as Walls, PG Tips and Persil, was up 11.5% to €25.4bn in the second quarter of 2012. In emerging markets, underlying sales growth was up 11.4% in the first half. The company's Rotterdam and London-based CEO Paul Polman admits that understanding the needs and behaviour of non-Western customers, and customer relationship management (CRM) in general, will be critical to the firm's continued success.

Unilever's stated objective is to double its revenues by 2020, while halving its negative impact on the environment, under its Sustainable Living Plan. It wants to invest heavily in distributing and marketing established items in developing countries, and in creating new ones geared to the tastes and tighter budgets of poorer consumers at the "bottom of the pyramid". This is why Polman, who joined the company in 2008 - succeeding Patrick Cescau as chief executive in January 2009 - following a spell as CFO at Nestlé and almost 30 years at Procter & Gamble, so dislikes the term 'advertising'.

The Dutchman says big business is too heavily focused on forecasts, spreadsheets and short-term planning. Pressure to satisfy shareholders can damage a company's fortunes in the long run. Quarterly updates to the City have been dropped; Unilever upped its promotions spend in 2011 by only £120m to £5bn. Instead of keeping investors at bay for the
quarter, Polman wants friends for life.

To this end, Unilever has launched programmes in India to detail the health benefits of washing hands with soap and brushing teeth regularly. The company has been expert at reverse engineering its products to be accessible to poorer customers, beginning with the price the customer is likely to be able to afford and then formulating a plan about how to deliver the appropriate solution at a profit; for example, Unilever started by dispensing shampoo in tiny sachets. In Indonesia, a third of Unilever's revenue comes from items costing less than 20¢.

Polman places a strong emphasis on the Sustainable Living Plan, not as corporate social responsibility, but as a method to improve innovation. He has tried to force product developers to focus on using energy and water efficiently. In Asia, Unilever has launched Comfort One Rinse, designed to reduce the quantity of water needed when washing clothes. Unilever's plan to incorporate 500,000 small farmers in developing countries into its global supply chain may help to boost its image as a company willing to support local producers, rather than a cut-throat foreign mercenary.

Unilever was Supplier of the Year 2012 with its Sainsbury's, Tesco, Asda, Boots and Nisa franchises performing well. The introduction of its brands into new markets - the unveiling of Clear in the US, TRESemmé in Brazil, Dove Hair in the Philippines and Axe Hair in Europe - was also well received last year.

"Unilever has launched programmes in India to detail the health benefits of washing hands with soap and brushing teeth regularly."

Knorr continued to grow with the launch of the company's new gravy product and the spearheading of market development programmes such as 'Steak Challenge' in South America. Cornetto, too, grew strongly due to the 'Angels and Devils' Facebook game and a popular digital campaign in China, while Ben & Jerry's opened a premium ice cream shop in Tokyo, Japan, and, in Indonesia, the Cif range was extended to include low-cost pouches. Unilever has also been using Facebook to engage with customers and receive their feedback on products.

The Unilever VIP programme is a Facebook page that invites users to give their verdict on the latest brand initiatives and campaigns. Those who join are granted exclusive early access to new products and cut-price deals, as well as personal invitations to Unilever functions. The first consumers to sign up were asked to take a look at Carte D'Or's packaging design, review Domestos's new range of Toilet System products and provide opinions on a television advert for Surf. This concept was first piloted in the UK.

The company hasn't always been in a position to effectively gauge the impact of its various marketing strategies on the shop floor. In particular, it was struggling to evaluate the response to its costly two-for-one offers and near-checkout product placements. It has recently adopted new technology to help with this task in the form of the Europe-wide Siebel CRM system, which enables more precise volume planning and forecasting of stock levels. Field sales staff can now access real-time customer information and report their findings back to their account manager using a tablet PC.

It seems likely that Unilever will eventually deploy similar technology in new territories; by 2020 Polman expects emerging markets to account for around 70-75% of Unilever's total business. In a different way, Twitter is also helping to measure consumer attitudes. He refers to the company's previous Magnum campaign, which took place across gaming and social media, and was "one of the most talked-about news items" on the site when it launched.

Behind all the technology, however, is the changing face of the company's employees. Polman says Unilever needs its "resources, capabilities and talent pools to reflect increasingly where this growth is going to come from", which means India rather than the US. Meanwhile, the ubiquitous company logo, used on all packaging, is helping to boost awareness and customer loyalty.

Local expertise will help the company to develop effective online and social networking strategies to attract a new following and get shoppers more involved.

"The Unilever VIP programme is a Facebook page that invites users to give their verdict on the latest brand initiatives and campaigns."

"The internet has transformed everything we do," he adds. "Farmers use their mobile phones to check weather reports for their crops. In Africa, a new benchmark has been set in financial services for low-income customers. In Indonesia, I see a lot of people using Facebook. The influence of social networking should not be underestimated."

Polman reckons social media will turn out to be a more effective tool for "brand adoption" than television, but says he doesn't want to make any "big statements". Unilever quietly teamed up with Fox and Viacom in June to sponsor online women's dramas, while a Facebook application from Paramount is now sponsored by Magnum and there is also a YouTube content channel called WIGS, which profiles the lives of "extraordinary women".

Regardless of Unilever's past sales success, customer behaviour is more unpredictable than before. Maintaining high standards is essential because there is "nowhere to hide" from critical reactions in the internet age. Polman concedes that "trust in corporations is probably at the lowest level we can measure", but insists that the opportunities for responsible business "have never been greater".

Nevertheless, he admits, "In the past, the job of the marketer was probably easy. It was simply to stay ahead of a consumer that wasn't changing that much... We all did this fairly well. That's how I grew up as a marketer; however, we as marketers are... losing grip of the consumer and what their needs are, where they want to take us".

Polman makes it clear that a significant upfront investment is needed whenever the company ventures into a new country. "They are big bets, big launches - we have to spend money. The worst thing is that everything gravitates towards pricing and promotion."

His instinct is to be wary of throwing good money after bad. The idea is to "fail cheaply", run some experiments, bet on smart risk-taking and always be open to new information. At the Behaviour Change for Better Health Symposium in Vlaardingen, Polman said that R&D is central to understanding what makes customers tick. He travels "70% of the time", but makes sure to have a local shopper assist him because he is adamant that marketers have "lost touch with society".

His philosophy has helped Magnum to hit close to $100m turnover in the US after just a year; the brand had been absent in that market for 15 years because Americans had no faith in it. Aided by his decision to ditch quarterly reporting to the City, Polman has also managed to lower hedge funds' shareholding from 15% in 2009 to less than 5%. This has, in turn, stabilised the company's share price, helping him to concentrate on his 2020 plans. For one, Unilever is set on enhancing the nutritional quality of its food products - with reductions in salt, saturated fats, sugar and total calorie count. It will reach its target of 100% certified sustainable palm oil by the end of 2012, three years earlier than planned.

Despite its progress, Unilever has not escaped the effects of the global economic downturn.

"How do you run a business for the first time in an environment that doesn't grow?" is a question the chief executive likes to pose. Since 2008, there have been food, economic and political crises, wild price spikes and geopolitical uncertainty. Polman, the only corporate boss selected to be part of a 26-strong panel advising United Nations secretary-general Ban Ki-moon on the global development agenda post-2015, now prefers to call consumers "citizens".

"How do you run a business for the first time in an environment that doesn’t grow?"

The 56-year-old recognises that the Occupy movement shows enormous dissatisfaction among young people, but nobody appears to have solutions. "We're struggling to find a government in Egypt that functions," he says. "Companies that understand this frustration and offer responsible solutions will be rewarded. You have to work in partnership with many more people... and feel comfortable with that. That's the new world."

Polman says he is inspired by political reform campaigners. He has praised Colombia's anti-FARC (Revolutionary Armed Forces of Colombia) activist Oscar Morales for "taking a personal stance... There is no doubt in my mind that this is a very turbulent time. The challenges are daunting and numerous. Never has the need for leadership been more burning."

This need is particularly acute now the age of cheap food is gone. Davos 2012 co-chair Polman wants closer cooperation between private businesses, governments and the United Nations. The shift can be managed, he says, with improved transparency in food markets. 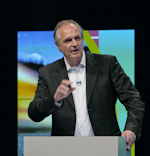 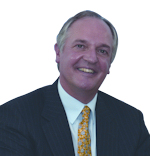 Unilever CEO Paul Polman defines a friendlier corporate paradigm. Paul Polman assumed the role of CEO at Unilever in January 2009, prior to which he was executive director. Before joining Unilever, he held senior roles at Procter & Gamble and Nestlé. He is a member of the UN Global Impact Board, Consumer Goods Forum and the International Business Council of the World Economic Forum.