CEO Pierre Pringuet reveals the strategies that enable Pernod Ricard to keep the party going in the long term.

When Pierre Pringuet joined Pernod Ricard nearly 25 years ago, he was instrumental in building a comprehensive network in Asia, despite expecting to lose money in that region for at least a decade. He has always seen the big picture, and his dedication to building brand power led to the successful takeover of Seagram in 2001 and subsequent brands such as Chivas Regal and Martell.

Decentralisation is the underlying principle, and Pringuet's shrewdness is equally matched by his ability to listen to his customers worldwide, as well as maintain fluid lines of communication among company executives to ensure they're getting the formula right. After all, the methods behind promoting a premium brand such as Absolut in the US, for example, are vastly different to those in emerging markets.

"80% of sales in France are done through Pernod Ricard’s big multiples."

"When you look at brands such as Chivas or Absolut, we can say they are global brands, and there's no doubt that the way we would approach a consumer will vary from country to country," says Pringuet. "The US is a very specific country in terms of distribution."

Closer to home, 80% of sales in France are done through Pernod Ricard's big multiples, whereas in Spain - the fourth-largest spirit market - two thirds of its sales are made through bars, restaurants and hotels.

"It's important to consider that even within Europe and neighbouring countries, the balance can be completely different in terms of route to market and route to consumer," explains Pringuet. "We focus our development on our premium and super-premium brands with precise definitions for those categories, because premium brands count for three quarters of our sales. The CEO in each country is in charge of all operational decisions, profit and cashflow within the framework of our strategy."

"The Pernod Ricard culture stems from the decentralised business model."

Critical to keeping the Pernod Ricard organisation flowing smoothly across 70 countries is having its own people on the ground selling its own brands in each market, and maintaining an awareness of cultural attitudes and expectations. Each country has its own affiliate - from the US, France and Spain to China, India and Vietnam - to manage a host of relationships, such as purchasing units at holding companies with glass suppliers.

"What is consistent across the board is the dedication of our people to adopting long-term views of the brands and developing brand-building activities," says Pringuet.

Those views, or the Pernod Ricard culture, all stem from the decentralised business model, which works based on three fundamental values:

Also integral to Pernod Ricard's culture are innovations and efforts to constantly renew products and adapt them to customer needs. Its market companies look after the national route to market and competitiveness, and its brand companies develop the brand strategy and production globally.

"For us, brands aren't just products - they represent the entire culture," says Pringuet emphatically. "So rather than having a big marketing team in the holding company, we have set up brand companies. For example, for the Scotch whiskies, we have Chivas Brothers in charge of all the scotch whiskies including Ballantine's, Chivas and the Glenlivet. The Absolut company is in charge of Absolut, of course, as well as Malibu and Kahlua. Those brand companies also manage the relationships with suppliers."

There's also a direct relationship between the market and brand companies in order to adapt the strategy for a specific brand. The Absolut model is an interesting case study in that it's a massive, mature brand in the US, but only just developing in emerging markets such as Latin America, Asia and Eastern Europe.

"The product remains the same, but the activation of the brand platform is different," explains Pringuet. "It's the subtle relationship between brand and market companies.

"We have an annual event called Les Embiez on an island on the French Riviera with over 800 managers from all these companies. It's three days of bilateral meetings and the process of interaction between brand and market is absolutely essential to our process."

Other key features of Pernod Ricard's business model that drive innovation are the Breakthrough Innovation Group concept, a small, senior team that serves as a catalyst, and the Agility Project. It's the objective of each brand company to come up with new ideas, and one recent initiative was particularly symbolic.

"Historically, our name comes from the Ricard brand, the national drink of France," explains Pringuet. "The Ricard bottle has not changed since its creation in 1932 and we just launched a radically new bottle at the beginning of 2011. This is something that was triggered by the Agility process."

Such bold measures are integral to the growth of Pernod Ricard; knowing that change is essential to evolution. The company's annual Innovation Day shows the press and financial analysts all its new concepts, ideas and products including, most recently, the new Ricard bottle, Malibu Black and Elyx, the new super-premium version of Absolut.

"Ballantine's is a very important brand for our affiliate PR [Pernod Ricard] España, which recently pioneered as a record producer in collaboration with top DJ Carlos Jean," says Pringuet. "This means we are now a co-producer of internet-based music in Spain. We adopted the song Lead the Way as the tagline for the last Les Embiez."

There's also a competition for Jameson consumers to make creative 60-second versions of well-known movies and act in them, and a new campaign for the Chivas Regal brand based on the teaser, 'Live with Chivalry', which draws people to the website to see short ten-minute films and help customers engage more with the brand as a fan.

"It's a completely integrated approach between TV, websites and social networks," he adds. 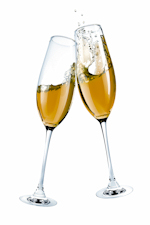 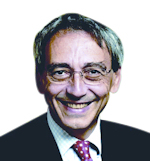