Ian Joseph, managing director of recruitment services firm Russam GMS, talks about the company’s latest research into the challenges CEOs face with regard to looking after their own well-being as well as that of their employees, and gives advice on how to maintain physical and mental fitness in order to be a successful leader.

Being resilient and healthy at work is a vitally important issue for CEOs, and new research suggests it is incumbent on leaders to set the example, particularly as the use of mobile technology seems to be increasing stress levels rather than reducing them.

The UK's Health and Safety Executive (HSE) reported that 11.3 million working days were lost to stress, depression and anxiety in 2013/14, with an average of 23 days of absence per case. Stress is the top reason for long-term sick leave according to the HSE, with most businesses reporting a rise in staff stress levels over the past two years.

The Centre for Economics and Business Research has highlighted that stress at work has serious financial consequences, and suggested that the cost to the UK economy of work-related stress is £6.5 billion. According to the Global Benefits Attitudes Survey from professional services company Tower Watson, stress leads to a less productive workforce and high levels of disengagement, something all CEOs want to avoid. This study of 22,347 employees across 12 countries, including the UK and US, found that more than half (57%) of employees who claimed to be experiencing high stress levels reported that they were disengaged. By contrast, only one in ten who claimed to have low stress levels said they were disengaged, and half of this group said they were highly engaged.

Recruitment services company Russam GMS conducted research among senior executives and clients to understand more about the importance they place on health and well-being at work, and to get their views on issues such as stress in the workplace and whether there is more pressure today on leaders to be resilient than in the past.

Four out of five respondents reported that their workplace has become more stressful over the past five years and three quarters blamed mobile technology. They believed that the proliferation of emails and smartphones has led to executives always being contactable, and 60% said their employers expect them to answer emails outside of work hours.

Several causes of stress were also highlighted, including the pressure for people to meet more demanding financial targets - particularly since the financial crisis - the pressure to be on call 24 hours a day and the constant barrage of emails, which one respondent said "makes things relentless". As a result, a fifth of respondents said that "switching off from work at home" is the biggest challenge they face in terms of looking after their health.

Business leaders claimed it was hard to switch off even during holiday time. A recent survey by employment-law consultancy Peninsula found that more than three quarters of managers admitted to responding to work emails while on holiday, while two thirds of respondents also said they spoke to someone back at base at least once a day while on holiday.

Russam GMS also looked at what companies are doing to look after their employees' health and well-being, and to tackle the issue of employee stress. Around eight in ten respondents revealed that their company doesn't have any procedures in place for recognising stress. It also transpired that very few companies (15%) offer staff briefings about handling stress in the workplace, stress counselling or mentoringprogrammes. For those organisations that offer some kind of stress management techniques, the most common (31%) is informal appraisals where stress might be mentioned.

As stress is one of the leading causes of health issues and absenteeism, it is surprising that organisations are doing so little to recognise it or tackle the root causes. The research also shed light on the fact that people place a high value on health benefits, with 70% of respondents saying that an employer would be more attractive if it offered more health benefits. Interestingly, almost a quarter said they would prefer that to a pay rise.

However, it seems that some of the UK's workplaces are failing to offer even basic health benefits, with a quarter of companies offering none at all. Almost two thirds (65%) don't encourage employees to take regular breaks from their desk.

Enabling employees to be healthier and less stressed doesn't have to be complex or expensive for companies. Simple and cost-effective initiatives such as having fruit in meetings, encouraging people to take regular breaks from their desk or allowing them time to visit the gym can really make a difference. Some organisations have a counter-productive culture built around machismo; if you genuinely help people feel valued, appreciated and looked after, they largely look after the business's interests.

Another issue that has to be addressed is the use of technology. While mobile technology has ensured huge progression and advances in productivity in many ways, its use needs to be carefully managed, as it has been shown to be a major contributor to stress. Senior executives should be setting expectations about the use of mobiles, and unplugging from emails during the evenings and holidays, as matter of course, and CEOs should be leading by example.

How to be healthy

At a Russam GMS 'Fit for Leadership' event earlier this year, the speakers who shared their tips on resilience and leadership included Paul Pester, CEO of TSB; professor John Neal, director of Sports Business at Ashridge Business School; Simon Shepherd, CEO of Optima-life; and General Lord Dannatt, former head of the British Army, and founder, patron and president of the military charity Help for Heroes.

The speakers explained that 65% of heart attacks, strokes and cancers that can lead to critical illness happen between the ages of 40 and 60, and added that burnout can happen to anyone at any time but generally tends to in people who are conscientious, competitive, impatient and used to being in control. The speakers also stressed that how well a CEO performs isn't ultimately down to their leadership skills but rather their health.

TSB's Pester shared how he had managed to remain fit and healthy, maintain a balance at work and be as effective as possible. He spoke of the importance of those routines in the past few years, which have underpinned the building, launching, listing and selling of the TSB Banking Group.

Pester said that he's the one that sets his priorities, not his inbox, and keeps a very short list of actions, reprioritises the list daily and ensures that non-meeting time is scheduled. He also acknowledged that being an efficient leader requires having a strong team, including an excellent PA and executive assistant.

Pester explained that he limits his meeting times to between 8am and 6pm, and focuses on making the best use of every working minute. He also has a healthy attitude to work - he said that whatever happens he thinks "it's only work" at the end of the day - which is perhaps some good advice for us all. 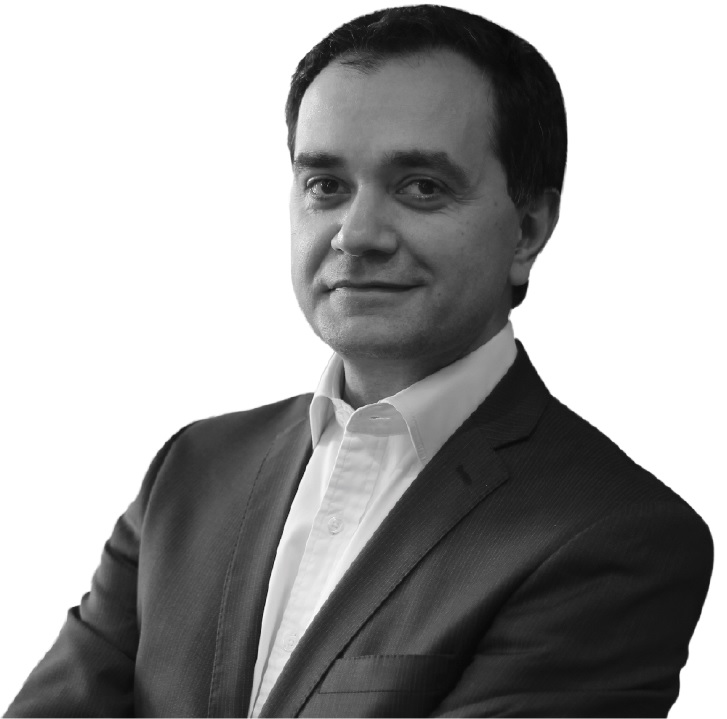 Ian Joseph became the managing director of Russam GMS in the summer of 2014, after he and fellow MD Jason Atkinson bought the business from founder Charles Russam.