Cancer is a word that still strikes fear into anyone who hears it, but constant progress is being made to combat this terrible disease. James Lawson talks to Kate Sweeney, executive director of the CEW Foundation, and the co-founder of the Cancer and Careers programme, about how, with the right support and an early diagnosis, CEOs can continue to lead and maintain efficient working practices.

A cancer diagnosis is no longer a death sentence - far from it. Today, it's increasingly common to live a largely normal life while under treatment - and that includes working at the highest levels of management.

Goldman Sachs chief executive Lloyd Blankfein is one recent example. In September last year, the company revealed that he had what it described as a "highly curable" form of lymphoma and that he would continue to run the company.

Survivors (as anyone with a cancer diagnosis is labelled) like Blankfein need resources and support to help them continue as far as practically possible with their normal work and leisure routines. Kate Sweeney, co-founder of the US-based Cancer and Careers (CAC) programme, has made it her mission to fulfil that need.

"Work isn't just about a paycheck for many people," she says. "It's about their identity and that's even more the case when it comes to CEOs. People want to continue as normal because they don't want to lose that identity as well as their health."

A recent Wellpoint survey of 188 US employers found that only 15% of managers believed they had the tools and resources they needed to do this effectively.

Nearly 80% of people diagnosed with cancer say continuing work after diagnosis aids recovery, according to a 2013 survey by CAC/Harris Interactive. Today's less invasive treatments help achieve that, with fewer side effects and less frequent hospital visits. With oral chemotherapy, sufferers don't have to travel to a hospital, they just take pills throughout the day.

More effective modern remedies combined with an ageing workforce and earlier detection mean that most workplaces are going to be faced with supporting a staffer through his or her cancer experience. The US National Cancer Institute, among others, estimates there will be almost 18 million survivors in the US within a decade.

To combine work and treatment, Sweeney says the first step should be to get as much information as possible about what their cure will entail from their healthcare team. Based on the demands of the job, the experts can work out how feasible a full or partial work schedule will be.

"Tell them if you are a CEO who travels a lot as the treatment could be arranged around your schedule," says Sweeney. "But if you travel globally, there may be a risk of infection."

Survivors need to keep talking to their medical team right through their treatment. "Depending on the success of surgery or how you respond to therapy, things could turn out much worse or much better than they had initially thought," Sweeney notes.

With an idea of how realistic working is and what it will involve, will you tell the company? That's a major decision and will be different for every individual.

"One of the first and biggest challenges is whether or not to disclose a diagnosis at work," says Sweeney. "If you're a leader, there's more pressure because it may affect internal morale and also the bottom line."

Senior management need to disclose their diagnosis to their staff and other stakeholders like the board. With potential impact on stocks and sales, a public announcement must also be considered. Sweeney cites Berkshire Hathaway CEO Warren Buffet as a great example to follow. In 2012, Buffett not only disclosed that he had prostate cancer, but also its severity, his treatment schedule and that the prognosis was good.

Other high-profile cancer sufferers include Jamie Dimon, CEO of JPMorgan Chase. Diagnosed with throat cancer in 2014, Dimon called board leader Lee Raymond the day after he was diagnosed and received immediate support.

Dimon then followed Buffett's example in telling the press his cancer was treatable and giving regular updates on treatment progress. JPMorgan Chase's board were also quick to state that it already had an approved succession plan in place if required.

Dimon's behaviour contrasts sharply with Steve Jobs' reticence about the neuroendocrine cancer of the pancreas with which he was diagnosed in 2003. He disclosed this to senior Apple staff in 2004 but did not go public until shortly before his death in 2011. Responding to media questions about his gaunt appearance, he variously described his condition as a "nutritional problem" and a "hormone imbalance".

"The danger of not disclosing is that people might see the effects of the cancer treatment, maybe someone is tired and going home early or may not have as much energy as before," says Sweeney. "Steve Jobs was intensely private about it, though it didn't seem to affect his performance at all."

Following a diagnosis, a host of questions appear for those that want to keep working. How do I tell my boss? What will my co-workers think and what can I expect from my employer? Can I fit my treatment in around my schedule?

Cancer and Careers (CAC) has offered free education, services and support for survivors since 2001. It's a programme of the CEW Foundation, the charitable arm of Cosmetic Executive Women - a New-York-based non-profit trade organisation.

"Our website provides information on everything from deciding whether or not to disclose a diagnosis to practical tips on managing treatment side effects," says Sweeney. "Much of what we do at CAC is help people ask the right questions to themselves and to their healthcare team so they can come up with the right individual solution."

In the US, senior management are often well placed to cope with a diagnosis. They will have excellent health insurance and, as the company tends to work around the CEO's schedule, there's scope for flexibility. Other executives can often step in and take on duties to reduce workload.

Lower-level employees, with the same rigorous treatments and an inflexible schedule, may be far less able to carry on. To support all workers with cancer, US companies are increasingly putting formal programmes in place. That might mean adjusting EAPs to increase benefits or creating guidelines applied by HR.

However, there's a long way to go. A recent Wellpoint survey of 188 US employers found that only 15% of managers believed they had the tools and resources they needed to do this effectively. Sweeney cites the Workplace Transitions for People Touched By Cancer initiative as doing critical work.

"This provides an online toolkit to help managers, HR and other employees deal with common challenges," she says. "That includes how to ensure a healthy and productive work environment, and how managers and colleagues can talk to someone who has just been diagnosed."

Chicago-based Mesirow Financial is blazing a trail in supporting survivors. Its CARES programme steers employees with cancer to educational resources and workplace mentors for support. Mesirow has also created privacy rooms for patients and caregivers so they can take a break during the work day.

"There are more stories like that out there than ten years ago and hopefully that progress will continue," says Sweeney. "Generally, it's about being flexible in the workplace or in hours to fit the needs of people with different kinds of cancer and encouraging managers to find out what they need."

Modifying the workspace to minimise the energy needed to get through the day is one way to help. That might involve moving a printer closer to the person's desk to cut down on walking or, if nausea is a problem, moving the desk away from the kitchen. Allowing greater working-hours flexibility can be a great help in accommodating treatment schedules.

"Remote-working arrangements are helpful for people with cancer," says Sweeney. "It lets them avoid a long commute or lie down when they need to."

More effective modern remedies combined with an ageing workforce and earlier detection mean that most workplaces are going to be faced with supporting a staffer through his or her cancer experience.

Sadly, much remains to be done in the US. In a highly competitive business culture, too many companies are still ready to shut the door in sick employees' faces.

"We do hear stories like that, particularly when someone has been diagnosed with a recurrence," says Sweeney. "That can make continuing to support an employee very difficult for a company. When it's the second or third occurrence, even the best companies can be less than helpful."

Relevant US laws such as the Americans with Disability Act do give some protection, shielding eligible cancer survivors from discrimination in the workplace and requiring employers to make "reasonable accommodations" to allow employees to function properly. The Equality Act 2010 in UK applies similar concepts whereby employers must not discriminate and must make "reasonable adjustments" to the workplace for sick employees.

Sweeney says she knows little of the situation in the UK, though she refers warmly to the work of MacMillan Cancer support. "The big difference is that in the US our health insurance is tied to our employment and in the UK it's not," she notes. "There isn't that same pressure to continue to work so you have insurance."

Sweeney encourages all companies to support their employees in working normally through their cancer treatment, whether they are CEOs or office juniors. Innovative programmes like those from Mesirow Financial will hopefully inspire other employers to follow suit.

"In my 15 years running the programme, I have seen just how important it is to employees' identity and recovery not to have to think about cancer all the time," says Sweeney. "They are the ones who should be able to decide whether they want to work through treatment - not the cancer." 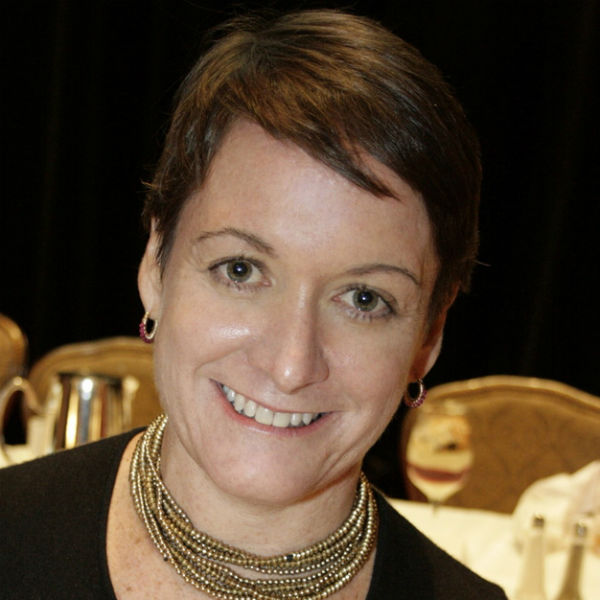