By 2028, China is set to become the world’s largest economy – but how can businesses in the UK stand to benefit? Greg Noone talks to Stephen Phillips, president of the China-Britain Business Council, about the organisation’s work in preparing businesses to take full advantage of the great economic success story so far this century.

Last October, a bus factory in Falkirk struck gold. Alexander Dennis, the manufacturer of such automotive stalwarts as the Enviro400 and the ALX400, announced a historic deal with its Chinese counterpart BYD to build up to 200 single-deck electric buses a year. The first phase of the deal represented a turnover of £660 million over the forthcoming decade. If another agreement concerning the production of double-decker buses proceeded as planned, analysts predicted the deal's value would shoot up to £2 billion.

This Stirlingshire bus company had followed one of the most important, and least talked-about, rules in doing business in China: pick your partner carefully. And according to Stephen Phillips, chief executive of the China-Britain Business Council (CBBC), the opportunities for collaboration between businesses from both countries are set to explode in the next few years.

"I don't think many companies in the UK quite grasp how many Chinese firms are rapidly internationalising," Phillips explains. "Thousands of them are in the process and that will change the shape of the competitive landscape. I think, for companies, there's a conscious decision to be made; ignore it, and they're definitely your competitors. Have a handle on it, and there may be more opportunities for collaboration than there could be in the UK or elsewhere in the world."

There are only a few senior business people who genuinely know where China is at today, how vibrant it is, and how big of a tapestry the economic landscape really is.

The first incarnation of CBBC was founded in 1953. The Korean War had just ended and Beijing was happy to entertain an 'icebreaker' mission of 16 UK companies eager to put the conflict behind them and explore new bilateral investment opportunities. That initial bridgehead would be formalised as the formal Sino-British Trading Committee, and by the late 1990s, the China-Britain Business Council.

"We've got 11 offices across the UK and 15 across China," says Phillips. "Our longevity, combined with that footprint, and a team that day in and day out works with companies from both countries on a routine basis, means that we're able to help companies navigate what is still quite a complex business landscape."

Much of the council's work lies in quickly remedying the problems that accompany entry into a market of which the practices and laws will, to most UK companies, seem thoroughly alien. This can come in the form of providing basic market research, hosting events where CEOs from both nations can meet in person and exchange new ideas, to going out and identifying for prospective UK investors the most appropriate corporate partner in China.

"You know, ten years ago there were still a lot of people who had a very outdated view of what China looked like," says Philips. "I think now there are many more people who have a handle on the country. Yet there are only a few senior business people who genuinely know where China is at today, how vibrant it is and how big of a tapestry the economic landscape really is."

The result of that interest has led to cooperation between UK and Chinese businesses across a whole host of sectors, from education and biotechnology, to retail, financial service, and advanced engineering. "Ten years ago, China was the UK's 15th largest export market," Phillips explains. "Today, it's the fourth largest. Clearly it should be the second largest, given China's ranking among global economies, but a huge amount of progress has been made. Nevertheless, there's much more that could be done."

Phillips' personal acquaintance with China began during his employment as a director at Barclays. In 1997, he was transferred to Hong Kong and from there moved to Deutsche Bank, helping to oversee mergers and acquisitions across the East Asia region from the institution's Singapore office. After a stint as the UK Government's international trade director, Phillips was appointed chief executive to the London-based CBBC, juggling that role with advisory positions in the Chinese provincial governments of Jilin and Anhui.

Throughout that period, China's economy has transformed itself, moving towards a service-based model, and chipping away at core heavy industries and its renowned manufacturing base. It's a journey that all countries in the throes of industrialisation eventually undertake and one that inevitably results in lower national growth rates. Nevertheless, while the slowing down of China's economy has begun to worry international economists, as far as Phillips is concerned, such unease needn't apply equally to every province.

"I think a lot of companies, including some quite significant ones, still don't really understand how extensive the opportunities are in China's second, third and fourth-tier cities," Phillips explains. "Many companies may be familiar with the tier-one cities: Beijing, Shanghai, Guangzhou. But [if] we look at the consumer sectors, over 60% of Chinese consumers don't live in those cities. In fact, they live in cities that most Westerners have never heard of, and don't go to, and don't touch."

There's a lot of ground to cover in this respect for foreign consumer brands. While many are currently enjoying modest success in China, full market penetration is rare. Phillips cites the example of the luxury sector, where UK-made products are having a hard time competing against better-known French and Italian brands like Louis Vuitton and Giorgio Armani. The glaring exception, in this respect, has been Burberry. The opening of its flagship store in Shanghai was marked with what the Guardian termed a "theatrical extravaganza... as much about selling Britishness to the Chinese consumer as it was about selling trenchcoats."

The key to future market penetration by UK-based companies will not necessarily be trading on the tropes of UK identity, although in some cases that has undoubtedly helped. Rather, it's that the general groundwork set by globalisation has opened the possibility for a more discerning Chinese consumer, eager and able to buy affordable and accessible products, and living in areas hitherto untouched by large foreign brands. Carrefour, for example, hasn't succeeded in China because it is French but because the business model it offers fills a void in demand among aspirant Chinese shoppers. And there's no reason to think why similarly sized UK brands cannot achieve the same feat.

"There's a much bigger raft of opportunity around middle-income consumers for probably what we would think as typical high-street brands, such as Marks & Spencers or Topshop," says Phillips. "These firms are achieving market penetration. But, do Chinese consumers really know and identify that they're British or not? I would say the vast majority don't."

Elsewhere, car manufacturers like Rolls-Royce and Jaguar Land Rover have enjoyed enormous success in China, with the latter opening a 98-acre factory outside Shanghai in 2014. The gradual slowdown of the Chinese economy has put paid to some of the company's more utopian sales projections, but while the Chinese economy continues to evolve, new opportunities are continuing to be unearthed. As tertiary industries have begun to dominate the major cities of the coastal basin, domestic manufacturers and entrepreneurs are looking to cut costs by moving their operations further inland. As a result, cities like Chongqing, Qingyang and Chengdu have continued to sustain vigorous economic growth, while cities on the coast have begun to languish.

"What this means is actually a really mixed picture, by sector and geography," says Phillips. "Some of the traditional sectors in manufacturing and heavy industry, such as steel and construction, are having a really tough time, no shadow of a doubt about it. But at the same time, as the economy's adjusting, some of the fastest-growing and greatest opportunities for foreign companies are in areas like life sciences, elderly care, consumer goods, ecommerce and the creative industries."

This pattern, Phillips believes, is an ideal fit for companies in the UK. Precision engineering is just one area where he predicts collaboration with Chinese companies could produce great dividends. "The key thing there, I think, is that there's less competition [in tier-three and tier-four cities], and that's what I think makes these cities as attractive as just the economic might [of the Chinese domestic market]," he says. "So you've got consumers who are hungrier for goods, hungrier to partner. That's not going to last forever, so UK companies need to seize the opportunities therein pretty swiftly."

Car manufacturers like Rolls-Royce and Jaguar Land Rover have enjoyed enormous success in China, with the latter opening a 98-acre factory outside Shanghai in 2014.

CBBC is busily trying to build the bridges to make that possible, with a medium and long-term view in mind. One area it has been particularly active within is higher education. "Education is actually one of the top three sectors that we work with," says Phillips. "Historically, China has been a phenomenal source of students for UK universities, but as the former moves up the value chain, and pays much more attention to research and development, the opportunities for university-to-business collaboration are growing all the time."

That long-term outlook is shared by Beijing and London, exemplified in a series of exchanges and visits between officials from the highest levels of government to that of local mayors. In 2013, Prime Minister David Cameron led a trade delegation to Beijing that acted as a fitting prelude to President Xi Jinping's state visit to the UK two years later. Nevertheless, the implication persisted that there was a general lack of appreciation among the UK public for the deep links that already exist between the UK and Chinese economies.

"Maybe there needs to be better communication about all of the existing mechanisms that are in place to a wider business community, because there is a hell of a lot going on already," he says. "There is just so much more that could be achieved and that's really the message. And if companies would like to know more, they can talk to CBBC, talk to the UK Trade and Investment Commission or talk to the British Embassy and its consulates across China. By doing so, [they] can very quickly get plugged in to what's going on." 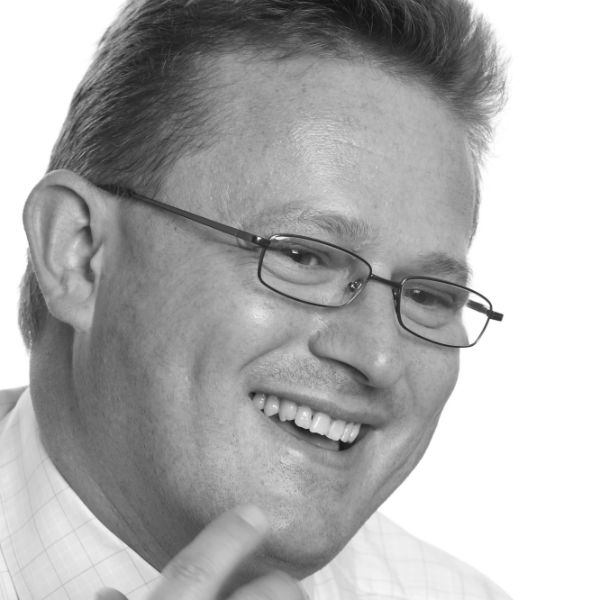 Stephen Phillips has a 24-year track record of working with businesses and financial institutions across the Asia-Pacific region. Since 2006, he has been chief executive of the China-Britain Business Council and chairman of the EU-China Business Association.