Armed with a firm business case, HR professionals are looking to involve CEOs in their wider talent management strategy. We talk to David Fairhurst, chief people officer for McDonald’s Europe, about this emerging trend.

In 2010, a report by the Economist Intelligence Unit asked 20 corporate leaders the same question: do you consider talent management to be your responsibility? To slightly different degrees, each one of them said yes. For a discipline that was, until recently, ill-defined and misunderstood, this was something of a turnaround.

Another recent study by the Corporate Leadership Council confirmed this transformation. The paper estimated that effective talent management can generate a return on investment (ROI) of over 15%. It also found that business leaders with a personal commitment to talent management can create as much as 7% more business revenue than average, thanks in part to a 25% rise in discretionary employee effort.

It's worth remembering why this kind of data was not always available to HR professionals. For a start, the boundaries of the discipline were not widely understood. There was, and to some extent still is, a tendency for employers to frame their commitment to people practice as a search for some kind of X-factor. Most CEOs can now accept that talent management encompasses a range of subjects including recruitment, onboarding, induction, performance management and succession planning. They can also appreciate the concrete impact it has on overall performance, thanks to the growing sophistication and visibility of HR research.

These changes owe a lot to the charisma of individuals like David Fairhurst, chief people officer for McDonald's Europe and recipient of a string of high-profile awards, including HR's Most Influential Person. Since joining McDonald's five years ago, Fairhurst has waged a personal campaign against the popular, rather fusty 'McJob' label, first coined in the late 1980s by George Washington University professor Armando Etzioni.

The appliance of science

His experience in overcoming that deeply entrenched stereotype as well as challenging the sector's less impressive conventions have helped shape the industry today. For Fairhurst, science has been at the forefront of this change, sourcing data and rebranding the subject as an intellectually compelling pursuit.

"The problem that people management has always had is the overreliance on art and the underplay of science," he says. "When you look at most HR departments, they're awash with data on people, which is operationally very useful. What's needed is to develop that data and apply the metrics and information to drive business results. I think that the visibility of this research has had a major impact on people practice, particularly in the boardroom."

Being able to demonstrate to CEOs the link between business performance and talent management, as well as clarity of ROI, is crucial. Tightly framed discussions on profit performance, effort, improved retention and increased engagement are clearly more constructive for executives than an abstract round table on the normative concept of talent.

"HR professionals need to provide some support to actually help the dialogue, to provoke intellectual curiosity and to look at things differently," Fairhurst says. "At McDonald's we have a one-stop talent management gateway to equip and empower HR professionals with data resources and tools that can inform."

For Fairhurst, informed and creative CEOs are the key to any successful talent management strategy. As a manager of people, the CEO is naturally accountable to issues of development, and to the revenue streams that might accrue. It may seem surprising, given that mutuality, that only a fifth of executives across the world are considered effective at delivering talent management objectives. And yet that's what most of the data appears to indicate. CEOs may well be in tune with the rationale of HR, but in many cases their actual approach remains undeveloped and uninspired.

"Despite the growing ambition of chief executives, there's still a lot of work to be done in their ability to actually deliver across their organisation," Fairhurst says. "In the rank order of things on the mind of a CEO, time and time again we see talent management sitting up in the top ten, if not five. Having that appetite and desire is one thing, but having the ability and insight to bring that to reality in a pragmatic way is another entirely."

The power of dialogue

These difficulties are by no means binding. In many cases the right strategy can simply be an issue of better communication, getting business leaders to engage in an open and constructive dialogue with employees. That's the message of a recent Deloitte study on talent dialogue and employee engagement. The paper argues that the ability of an organisation to understand the needs of its workforce and create a dialogue around people is by far the most effective form of talent management.

"I think the best strategy CEOs can employ is anything that gives you a better talent dialogue as an outcome," Fairhurst says. "As an employee you can have as many bonuses or pay increases over the years as you want, but what you always remember is the one of two letters a chief executive wrote to you saying well done.

"It's important not to underestimate the power of someone in that position in talent management both in terms of their influence and the shadow they can cast as a leader. All they need to show is an enthusiasm and an interest in people.
In our fast-moving world, it won't take long for them to be recognised for it."

Fairhurst joined McDonald's from Tesco as VP of people in 2005. One of his first experiences was facing what he calls the "gap between perception and reality", a discrepancy between the public's image of a low-paid, low-dignity job and the reality of a dedicated and positive employee base.

"I asked two things when I came into the organisation and saw this 'McJob' label," Fairhurst says. "Firstly, what is it that the business needs from its people to deliver sales and profitability, and secondly, what do engaged employees look like in McDonald's."

Working alongside the entire HR department, Fairhurst has overseen a range of new processes to ensure greater collaboration with CEOs. One of the most successful tools he's introduced is a talent management gateway designed to facilitate the exchange of data, and to create a leadership conversation across silos. He's also created an environment where employees and CEOs have the opportunity for far greater interaction.

"It's important not to understate the impact of being in front of senior personnel," he says. "We like to invite particular people to join CEOs at certain external meetings to broaden their knowledge and experience. The power of that one-on-one time, even if it's just travelling somewhere, is immense. Making our executives visible at development programmes, whether to open or lead a session, also counts for a lot."

"The problem that people management has always had is the overreliance on art and the underplay of science."

There's a real sense of simplicity embedded in the ideas and constructs that Fairhurst proposes. Engaging CEOs with the workforce, sending letters of encouragement, attending meetings; all are incredibly straightforward but ultimately effective tools for motivating and retaining a workforce.

"A lot of these things I'm talking about are not costly or time-consuming in the broader business activities that a leader has to do," he says. "And yet the impact it has on the company's performance is vast should the process be efficiently managed and supported. It doesn't have to be the most elaborate and expensive process, it just needs to be deliberate, careful and focused on the right things."

A recent study by McKinsey confirms many of these assumptions. Praise from an immediate manager, a connected chief executive and other forms of leadership attention are more important drivers of engagement than cash bonuses and increased pay. The financial services sector may like to take note of that conclusion, particularly when its ability to reward by pecuniary means is severely constricted.

There are, of course, certain caveats to the approach that Fairhurst and others describe. Over time, Fairhurst has had to overcome what he sees as a general malaise around the idea of talent management, one which even its own practitioners have been affected by.

"If you look at organisations, there's always a focus on the negative aspect of people," he says. "Things like turnover, absence and low morale are always featuring on the HR agenda. One of the things I advocate is turning that on its head and looking at the positives. Rather than focusing on why people don't come to work, focus on why people do come to work and you can get much better results. Rather than putting all your effort into exit interviews when people leave, focus on staying meetings."

To do this requires seeing people for what they are worth. It also means understanding the potential of human talent and engaging with the ultimate source of value that any enterprise has; its staff. For Fairhurst, the most enlightened CEOs can make a huge difference to their organisation without doing very much at all. And with almost everyone making demands on the CEO's time, that sort of insight is almost guaranteed to get their attention. 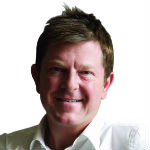