In it for the long haul

Through a £400 million investment, British Airways is currently rolling out ways to give customers increased levels of comfort and style, whether in flight or still on the ground.

By partnering with luxury lifestyle brand The White Company, as well as introducing new dining options and a smoother pre-boarding experience, British Airways is positioning itself into a higher level of sophistication in the hyper-competitive premium-cabin market.

The White Company, the iconic British retailer, synergises perfectly with the largest airline in the United Kingdom, and  supplies bedding and amenity kits in Club World as part of BA’s massive customer investment plan, with a focus on excellence in the front of the plane. They have also designed an exclusive and luxuriously soft large pillow and white cotton pillowcase, a super-soft woven blanket with satin trim, a specially developed luxury duvet and a padded mattress cover giving an extra layer of comfort.

And those travelling in Club World between Heathrow and New York JFK will now be given a new elegant day cushion that can double up as an ideal lumbar support when working or relaxing on board.

The new Club World amenity kits also come in an elegantly designed bag from The White Company and contain products from the retailer’s 'Restore & Relax Spa Collection', as well as a luxurious jersey eye-mask.

“Our investment in Club World has started and we’re kicking off by helping our customers sleep even better in the skies,” said Alex Cruz, British Airways’ chairman and CEO. “Partnering with The White Company, another quintessentially British brand renowned for quality and style, is the first step in a multi-million pound investment for our premium customers.”

The White Company has become one of the UK’s fastest growing multi-channel retailers and a leading lifestyle brand with over 50 stores across the UK, and is now synonymous with transforming houses into homes with British town and country heritage at its core.

The White Company started 22 years ago and opened its first international flagship store in New York last month, and company founder Chrissie Rucker MBE added: “We are passionate about creating the best night’s sleep for all our customers and I'm truly delighted to now be working with British Airways to 'sleep well in the sky'. I hope you love the result as much as we do.”

A time to dine

To give Club World customers as much flexibility as possible, British Airways launched a new restaurant style dining service in September for its long-haul business cabin on flights between Heathrow and New York JFK. This represents another priority investment in Club World and customers will be able to select their own freshly prepared starters and desserts—including Loch Fyne smoked salmon tartare, Burrata and tomato carpaccio and Viennese-style apple strudel—from new display trolleys, with a carefully curated wine selection, including a Bourgogne Chardonnay 2016, Patriarche Père et Fils from Burgundy and Champagne de Castelnau Brut Rosé NV.

“We’ve really focused on attention to detail with the new Club World menu, with the aim of delivering a real restaurant experience in the sky,” commented Colin Talbot, British Airways’ head of catering. “We’ve considered everything from flavours and textures, to look and feel, all of which have to work at altitude. The dishes are designed to pop with taste and the table settings are both elegant and practical, with thought-through details such as stemless wine glasses.”

British Airways is also introducing a new approach to breakfast on board with cards to fill out to not only customise what to eat, but also when to eat. And while some routes have these new features in place, the revamped Club World catering and sleep experience will roll out across the airline’s long-haul network throughout 2018.

In addition to the investment in Club World, a First Wing check-in area with direct security and lounge access has launched at Heathrow, and lounges around the airline’s network are to be refreshed and improved. The Club Europe cabin has also been introduced on UK domestic services and all customers can look forward to the latest generation Wi-Fi across British Airways’ long-haul and short-haul fleets over the next two years. 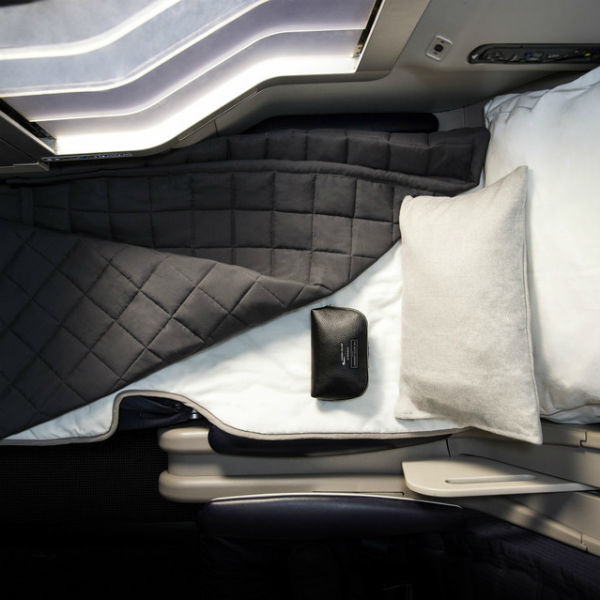 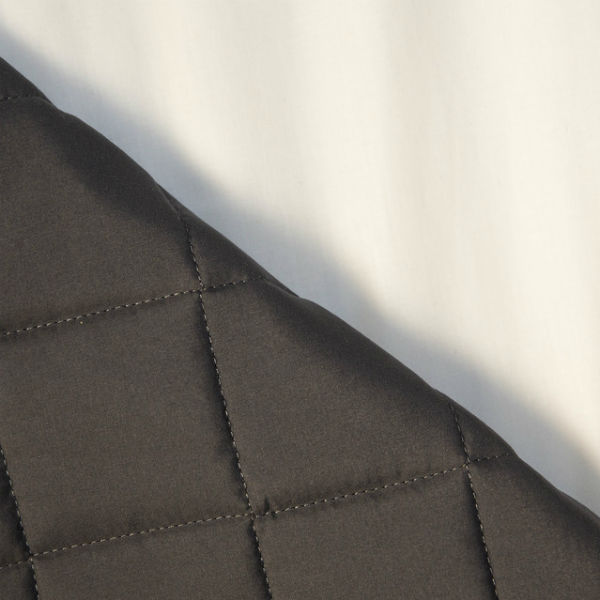 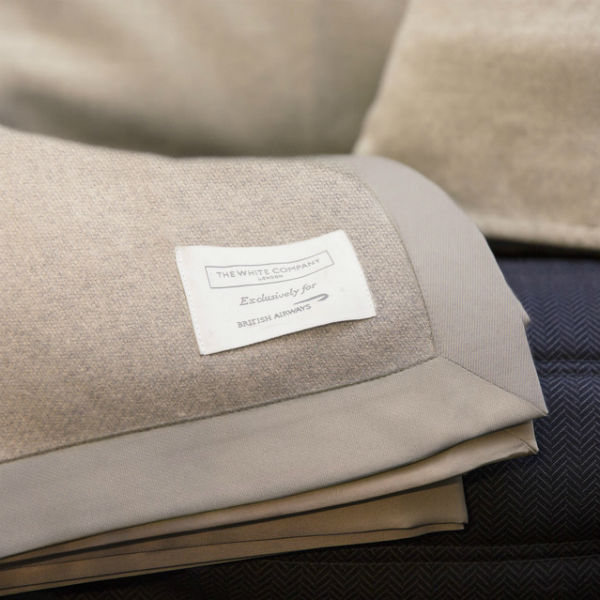 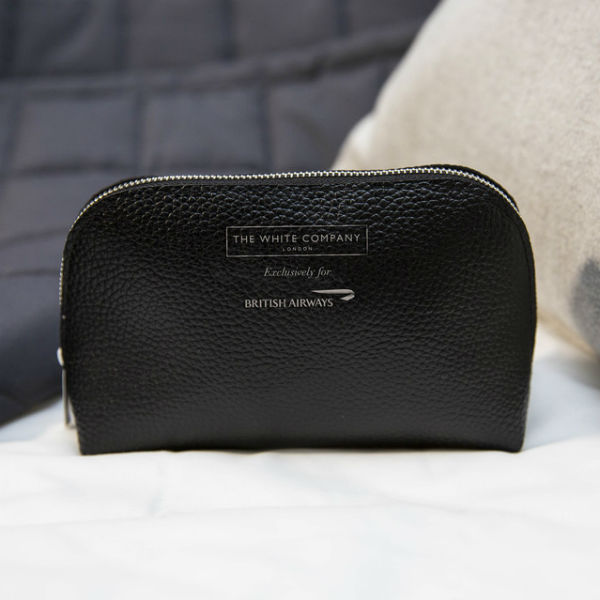 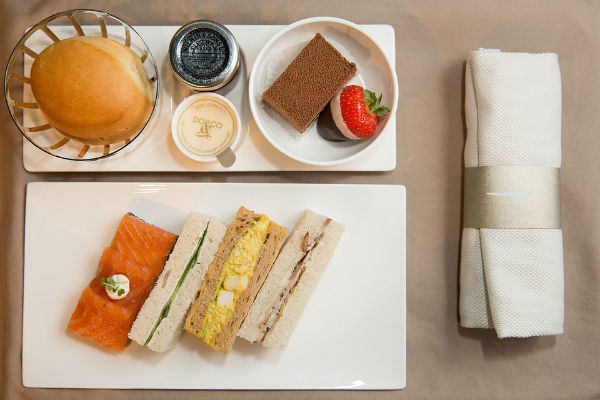 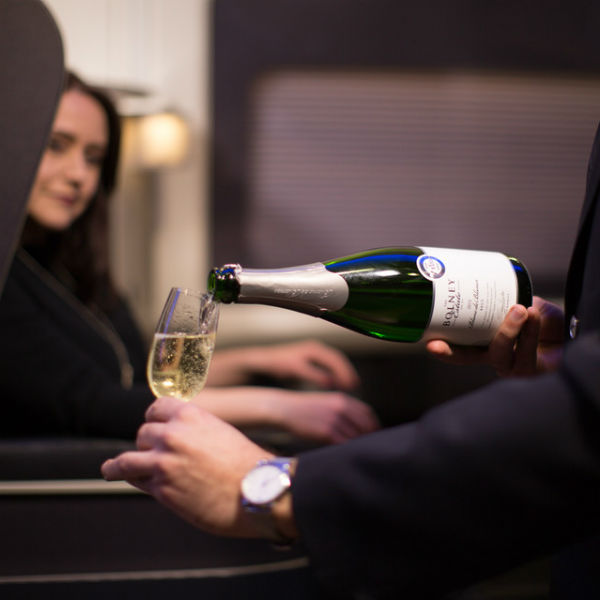