Having stepped down from the top job at J Sainsbury, Justin King CBE can reflect on his many successes with a sense of pride in his leadership. We speak to him about the experiences that shaped his career and ask him what makes an effective leader.

Back in November, Justin King CBE, who stepped down as CEO of J Sainsbury in July last year, received The Daily Telegraph Award for a Decade of Excellence in Business, at the National Business Awards gala dinner. The award specifically recognises people who represent high achievement and longevity, and King is universally regarded as a worthy recipient, having joined Sainsbury's at a time when the supermarket chain faced a difficult trading environment.

Following his appointment in 2004, King led the business to 34 consecutive quarters of like-for-like sales growth, increased profits and, ultimately, led the company to enjoy its biggest market share in a decade. But Sainsbury's is just the latest stop for a businessman who had previously enjoyed success as director of food at Marks & Spencer, and in positions at Asda, Häagen-Dazs, Pepsi-Cola International and Mars.

There is no doubt that King exemplifies the qualities of a successful leader, though he admits that it is not easy to define in simple terms what is required for good leadership. For King, it is partly about getting the right results from a diverse team of people, but what constitutes the 'right' results will differ depending on the situation, the nature of an organisation and its specific strategic goals.

"What constitutes the ‘right’ results will differ depending on the situation, the nature of an organisation and its specific strategic goals."

In talking to him, however, two essential components of the effective leadership quickly emerge. The first is a clear vision of long-term goals and the second is the ability to adapt to changing circumstances.

"I take pride in achieving success and I consider myself a good leader, but it is hard to see from inside what that is," says King. "Good leadership takes many forms and expresses itself in many different ways. People try to teach or coach it, but they all have their own views of what it looks like. All that matters is that the people being led see you as a good leader. The people I brought to Sainsbury's were people with whom I had worked before, so you could say that a good leader is someone people are willing to follow.

"Many leaders have different skill sets, but they all aim to get more out of people than they thought possible. In my view, some very successful leaders are people I would not want in my team because I don't like the way they do things. With different styles of leadership, a lot depends on time scales. If you're focus is on the short term, then you can beat a lot out of people, but in the long term, you need very different skills as a leader to build a more sustainable business," he adds.

When thinking of a good leader, many of us imagine the qualities of charisma and authority, but there is much more to it than mere force of personality. King's approach involves understanding not only a personal vision or a strategy for the company, but also how individuals within an organisation can contribute to achieving its broader goals. There comes across a sense of empathy, of interest in others, and of a willingness to adapt to the strengths that lie within an enterprise.

"Simplistically, effective leaders set an agenda and are less interested in the team's experience of delivering on it. They just focus on organising and achieving the goals they have set out. There is another way, however, and it is based on marshalling resources and providing freedom for people to flourish," he remarks.

Are good leaders born or made?

King's approach of focusing the abilities that lie within a team and providing an environment in which individuals can realise their potential does not in any way suggest willingness to compromise on the level of performance to which an enterprise should aspire. Instead, it suggests a desire to push expectations further by getting the best out of people and directing their efforts towards ambitious but clearly defined goals.

To explain his style of management, King recalls a leadership course he attended at a military training college in Aldershot, UK, where many future officers of the British Army go to learn essential skills for leading soldiers into battle.

"I was surprised because I thought being an army officer was all about ordering people out of the trenches and facing enemy fire. Since the First World War, that has changed a lot and now it is all about 'orders of intent'. You equip people with the tools and the confidence to do something, rather than to try to do something. I am in the 'order of intent' camp, which means providing clarity about the ultimate destination of a team's efforts," he explains.

"You have to create the freedom that allows people to be themselves, then you have to clearly show those people what they are setting out to achieve for the business," he adds.

If good leadership can be taught, it is likely to be through experience rather than textbooks.

"There is always a debate about nature vs nurture and I believe that we become who we are at a very young age. I am the eldest of four boys, all of whom are very close in age. Only six years separate the eldest from the youngest. So, I would be left in charge of them from a young age and that led to some very formative experiences. I've never been afraid to take responsibility," King says.

"Similarly, in my career, I was given responsibility early on. I was lucky enough to join the graduate scheme at Mars, where the philosophy is that if you're good enough then you are old enough. In that environment, you are more able to test and develop skills, and to learn by iteration. On my second Tuesday in the job, for instance, I was product shift manager overseeing a production line for Galaxy chocolate, though I knew nothing about making chocolate," he adds.

That experience is just one of many that have shaped King's leadership style and from it he knows the importance of letting other people be the experts in their field. Effective managers must understand to some degree the jobs other people have within the organisation and how they contribute to achieving the higher goals of the business, but should not try to do their jobs for them.

"In that situation, at Mars, I could not command authority by knowing people's jobs better than they did. At the core, there is a difference between what is needed for those jobs and the requirements of management or leadership. It you look at the world's greatest sports coaches, they were often competent as players, but they were rarely the best. They nevertheless understand the skills that are required to play the sport and they know how to organise people's skills to achieve results," he notes.

"At Mars, the approach was all about understanding different business functions. That breaks away from the idea that technical competence is what makes a good manager. You need leadership skills, not technical skills. At Sainsbury's, that was the way we approached things. We got people to take roles in stores or depots to help them develop in roles at the core of the business. Leadership is partly about understanding what people bring to the organisation. I would not hire someone who had a linear career experience for a job at the top of the organisation."

Look beyond the horizon

King's legacy at Sainsbury's shows that he was always thinking beyond his own tenure as CEO, and looking to the future of the business is a further hallmark of good leadership. His long-term thinking is exemplified by the company's approach to sustainability, which has become a dominant theme in the definition of strategy for big businesses of all kinds.

"King’s legacy at Sainsbury’s shows that he was always thinking beyond his own tenure as CEO."

King also pioneered several corporate social responsibility projects as part of the Sainsbury's 2020 Sustainability Plan, which the company launched in 2011, and this is an essential component of his legacy. He left Sainsbury's with the enviable accolades of being the global leader in fair-trade retailing and having achieved its zero waste-to-landfill target. The company has also installed 82,000 new solar panels, which makes it Europe's largest solar array.

A similar long-term perspective pervades his approach to bringing on the talent that will guide the business in the future.

"Companies have to provide the opportunity for people to develop and flourish. As CEO, I took personal responsibility for training. You need to test people, give them responsibility, and allow them to figure out how to deal with new situations. People learn more when they are outside their comfort zone. Having said that, you don't put someone at the controls of an aeroplane on day one and expect them to fly. You might, however, put them at the controls of a simulator," King observes.

"As long as you make decisions for the right reasons then you can make any mistake you like. The second mistake is what gets you fired. Too many businesses are risk-averse and punish failures."

No one goes ten years in a job without making some mistakes, but the ability to make decisions for the right reasons - and to learn from small mistakes - is part of what kept King in the top job at Sainsbury's for a decade. His response to being honoured at the National Business Awards exemplifies his belief that success is measured not only in quarterly profits, but also in laying the foundations for a sustainable business.

"For me, what is important about the award is that it is for achievement over a ten-year period. People always say that
the average longevity of a CEO at a public company is four years," King says. "There is a 'hire and fire' mentality in business today. You only survive and thrive over ten years if you achieve sustained success. It helped that I got the role of CEO at Sainsbury's relatively young, but I feel strongly that the most important decision is to go at the right time, not just for me but also for the company.

"I feel that I have equipped the company for future success. I like the idea of a two-term presidency. It is rare that even the most celebrated chief executives do their best work in years ten to 20 of their time in the job. At my age, I have the opportunity to have another run at something significant."

It is clear that King is not one to rest on his laurels, which begs the question of what comes next. Although he has nothing concrete in place yet there is little doubt that his skills will be in great demand.

"I would like one big thing and I like a challenge. Some people thought that Sainsbury's was a poisoned chalice and that appealed to me. I could take on the role of CEO at another public company or become executive director at a private company, but it will need to be something meaty - a real challenge. Good leaders have it in their DNA to take on things like that. The worst thing anyone can say to me is 'you can't do that'." 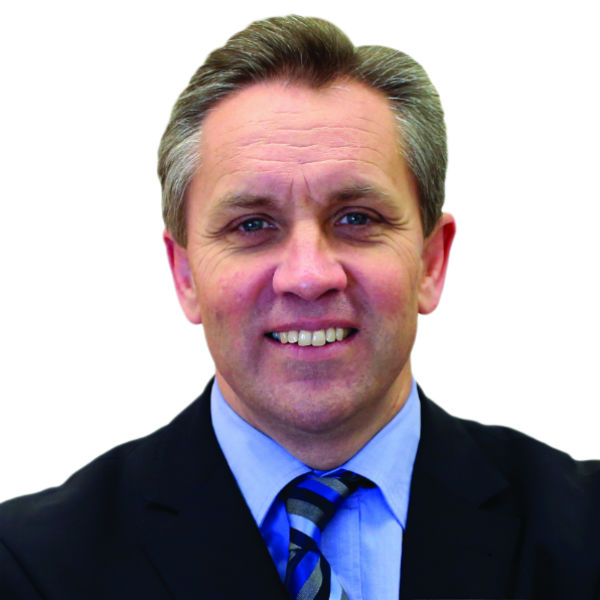 Justin King CBE served as the CEO of J Sainsbury for ten years before stepping down in July 2014. Previously director of food at Marks & Spencer, King held positions at Asda and Häagen-Dazs,where he was involved in the introduction of its ice cream to the UK.