New international tax rules are designed to ensure that multinational companies pay tax where their profits are made, but what challenges will be faced during their implementation? Elly Earls meets Pascal Saint-Amans, director at the OECD’s Centre for Tax Policy and Administration, to find out.

The tax affairs of private individuals and international corporations - as well as the laws that govern them - have never been under so much scrutiny. While recent leaks from Panamanian law firm Mossack Fonseca incited public anger after they revealed how the rich and powerful use tax havens to illegally hide their wealth, Google's recent tax deal with the UK taxman has brought up a very different issue - are multinationals exploiting current international laws to avoid paying tax where rates are higher?

The answer is unquestionably yes, and it's for this reason that, for two years, the Organisation for Economic Co-operation and Development (OECD) worked on the development of new tax rules suitable for today's increasingly global business environment, which were unveiled in November 2015. And although implementation of the new measures, which are intended to revolutionise the way multinational companies pay corporation tax and stamp out international tax avoidance, is well under way, there are still challenges to be faced before the OECD reaches its ultimate goal of restoring public confidence in the tax system and ensuring that companies pay tax where their profits are made.

First drafted in 1928 in Article 9 of the OECD Model Tax Convention, the original guidelines around transfer pricing were developed in a different world, where international trade was not what it is today. Based around the 'arm's length' principle, they basically state that when goods and services are sold from one part of a corporation to another, the buyer and seller should keep one another at 'arm's length', treating each other as though they were separate entities.

While this theoretically ensures fair taxation, allowing a company to lower its profits in highly taxed countries and raise its profits in tax havens; in reality, many multinational companies have found loopholes to exploit, which has led to a divorce between where profits are declared and the location of the activities that generates these profits. In other words, companies have shifted much of their profit to low or no-tax locations where the business has little or no economic activity, a process referred to as base erosion and profit shifting (BEPS).

Crucially, apart from some cases of blatant abuse, these activities are not illegal. Rather, the issues lie with the tax rules themselves, which are simply not suitable for today's global business environment, a situation that in turn has led to a lack of public trust in the integrity of the tax system: why should big companies be allowed to avoid their tax liabilities legally, particularly when those liabilities are far from inconsequential?

We need to have an alignment between the location of a company’s profit and the location of the activities generating these profits. That’s what the effort over the past three years has been focused on.

Indeed, according to research undertaken since 2013, annual losses of government revenue due to BEPS could be 4-10% of global corporate income tax revenues, or $100-240 billion. In developing countries, where reliance on corporate tax as a source of revenue is generally higher than in developed countries, the potential impacts are particularly stark.

Enter the OECD's 15-point BEPS action plan. Devised by the OECD at the request of the G20 leaders in 2013, honed in 2014-15, and unveiled on time and on budget at the November 2015 G20 Leaders' Summit in Antalya, this comprehensive package is the most significant rewrite of the international tax rules in a century - designed to put a stop to the BEPS activities that have so significantly damaged the public's trust in the fairness of today's tax system.

"We've tried to come back to basics," explains Pascal Saint-Amans, director at the OECD's Centre for Tax Policy and Administration. "We need to have an alignment between the location of a company's profit and the location of the activities generating these profits. That's what the effort over the past three years has been focused on."

The plan in brief

In its final incarnation, the package of BEPS measures, which runs to almost 2,000 pages, is structured around three key pillars:

These are then further broken down into 15 actions, including addressing the tax challenges of the digital economy; countering harmful tax practices; aligning transfer pricing outcomes with value creation; revised guidance on transfer pricing documentation and country-by-country reporting to enhance transparency while taking compliance costs into account; and making dispute resolution mechanisms more effective.

Within the 15 actions, there are also four new minimum standards on country-by-country reporting, which for the first time will give tax administrations a global picture of the operations of multinational enterprises: treaty shopping, aimed at putting an end to the use of conduit companies to channel investments; curbing harmful tax practices; and solving treaty-related disputes. "It really is a full package," Saint-Amans stresses, adding that he's happy to report that implementation is already well under way.

At the time of writing, just five months after the delivery of the plan to the G20 leaders, the majority of OECD countries have already translated the new country-by-country reporting measures into their domestic legislation and many countries, most notably the UK, have also started moving on Action 4, which covers limiting base erosion involving interest deductions and other financial payments. Moreover, 96 countries are collaborating on Action 15 - to develop a multilateral instrument to modify bilateral tax treaties - a measure designed to counter the practice of treaty shopping.

Herein will lie the biggest challenge, according to Saint-Amans. "Consistency of the implementation of the plan is absolutely critical. If we don't want countries to move unilaterally to take defensive measures, which will be detrimental to cross-border investment and trade, we have to have one set of measures," he explains. "The danger is that countries could depart from what has been agreed, so we need to make sure this doesn't happen. We need to level the playing field."

Crucial to achieving this will be ensuring that developing countries, even those that are currently outside the OECD, benefit fully from the new tax paradigm. And as Saint-Amans emphasises, that's why they have been invited to join an inclusive framework on an equal footing with OECD member countries.

"The first meeting that all countries are invited to will be held in Kyoto on 30 June to 1 July this year and I am confident we will have a very significant group of developing countries attending," he says, adding that the team has already entered into discussions with Latin American and African countries, among others, and many are very interested in joining the decision-making body. "We need to make sure that developing countries benefit fully from this new transparent and more effective environment, and that's why they've been invited to join the inclusive framework on an equal footing."

So what do the multinational companies that will be most affected by the new tax rules think? Not only were they - along with other industry stakeholders - heavily involved in the process of developing the BEPS Action Plan (during the consultation process, which was entirely transparent, the OECD received more than 1,400 submissions from industry, advisers, NGOs and academics, totalling approximately 12,000 pages of comments), they are also starting to realise the benefits of ensuring international tax rules are fit for purpose today.

"Of course, we have had some criticism from businesses about the increasing uncertainty related to rules, which have to accommodate very different perspectives - from India to the US and so on - but they also recognise that it is very important to keep one set of standards," Saint-Amans remarks. "The world has changed, and multinational companies have to understand the new environment and play by the rules. What matters to them is that we level the playing field and that's what we're doing."

We have had some criticism from businesses about the increasing uncertainty related to rules, which have to accommodate very different perspectives – from India to the US and so on – but they also recognise that it is very important to keep one set of standards.

In the future, they will certainly benefit from the new rules, Saint-Amans adds. "For example, Action 14 is something they should benefit from. It's about improving dispute resolution mechanisms to make sure that companies in a globalised environment invest more in emerging markets, which historically haven't been part of the OECD and therefore may have their own approaches," he explains. "Through this action, we want to make sure we're much better at eliminating double taxation and we've also provided a minimum standard on this issue."

Looking forward to the next 12 months, Saint-Amans and his team will have plenty on their plates, divided into four key objectives. Number one, of course, will be the continued implementation of the BEPS action plan, which Saint-Amans says will be a big challenge. Number two, related to this, will be to ensure the multilateral instrument to modify bilateral tax treaties as outlined in Action 14, is open for signature by the end of 2016.

Then, alongside the BEPS project, Saint-Amans and his team, as part of an EU directive will also be working to improve transparency across the global tax system. "Our third objective will be around the automatic exchange of information regarding tax rulings [a directive that will remove member states' discretion to decide what to share, when to share it and with whom]," he explains. "We need to be ready to have more than 60 countries starting this automatic exchange of information in 2017."

Finally, Saint-Amans' fourth priority, which will be launched at the G20 finance ministers' meeting in July, is to help the international community develop an economic analysis of how tax policy can favour cross-border investment, trade and innovation-driven growth. "G20, which has already equipped the world with the tools to fight tax evasion and tax avoidance, now needs to equip the world with the right tax policy analysis and tools to make sure we have innovation-driven growth and inclusive growth," he believes. "This is the big challenge our societies face - we need growth, we need jobs and we need investment." 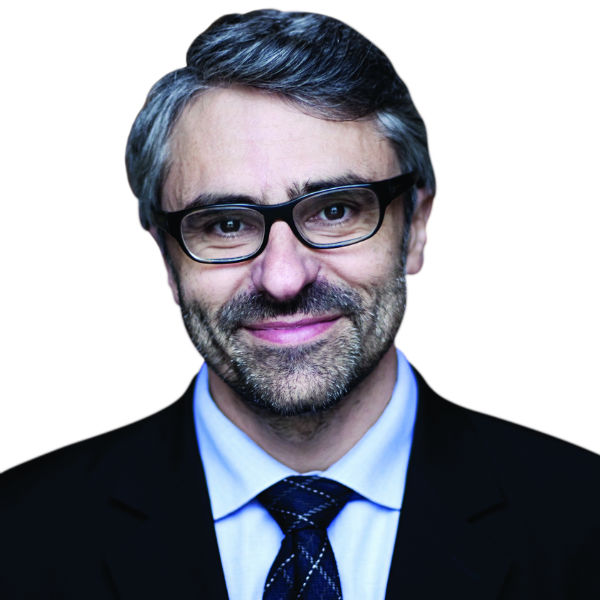 Pascal Saint-Amans took on his duties as director of the Centre for Tax Policy and Administration (CTPA) at the OECD in February 2012 having joined the organisation in 2007 as head of the international cooperation and tax competition division of the CTPA.

The OECD is aiming to get tax regulations under a unified set of standards.