Defuse the pensions time bomb: the challenges of auto-enrolment

The countdown to pension auto-enrolment began in January with an £11 million drive aimed at increasing public awareness. Barry Mansfield talks to Joanne Segars, chief executive of the National Association of Pension Funds, about the implications of the reforms.

Three decades ago there were just 2,500 people aged over 100 living in the UK. Now, the number is closer to 23,000; in 30 years, it will top 150,000. The rapidly aging population is one reason why Joanne Segars, chief executive of the National Association of Pension Funds (NAPF), believes it's imperative that the UK starts saving more - and the question of how to bring about this cultural shift was at the top of the agenda for delegates at the organisation's annual conference late last year.

The issue surfaces frequently in her talks for Pensionsforce, a free independent advisory service set up in 2006 by NAPF with manufacturers' organisation EEF and trade union Community. Segars finds it's the prospect of having to save for 20 years or more after the retirement age that really gets workers thinking about their long-delayed pension plans. She believes auto-enrolment - making employers chip in with contributions to staff pensions - can be part of the remedy. So does Pensions Minister Steve Webb, who has secured Treasury funding for an extensive radio, print and web-based advertising campaign as the industry builds toward the scheme's launch.

It emerged in January that this plan, which has been on the drawing board since 2002 with Lord Adair Turner's Labour Party-backed Pensions Commission, has been partially postponed by ministers, although it is still largely on track. In an amendment to the earlier schedule, the British Government will allow companies of all sizes to pay a small contribution into their workers' new pension pot for a longer period. At first, bosses will pay only 1% of a worker's salary. It was originally set to be raised to 3% by October 2017, but this has also been pushed back by 12 months.

Auto-enrolment, Segars enthuses, is the key to successful reform - even if the plan has suffered further setbacks. In its January announcement, the government said that companies with more than 250 employees will have to automatically enrol their staff into a workplace pension scheme from October as originally planned but that medium-sized employers - including companies with between 50 and 249 employees - have been allocated new dates between 1 April 2014 and 1 April 2015, while those with fewer than 50 employees could see their staging dates pushed back as far as April 2017. In November last year, the Department for Work and Pensions (DWP) announced that small businesses would be granted an additional year to prepare for the changes to help them out in the current "tough economic environment".

The government estimated that the new timetable would see 55% of workers automatically enrolled onto a pension scheme before the next general election, compared with 65% under the previous arrangements. According to Segars, the changes cannot come soon enough.

"We've been talking about introducing auto-enrolment for almost a decade now," she says. "Too few people are saving for retirement, or saving enough. That's storing up huge problems for us as a nation. Millions of people could retire in poverty." She thinks auto-enrolment will be effective because it harnesses the power of inertia. "What you don't see, you don't miss. That is, when you start work with an employer, the money goes into your pension scheme automatically. Clearly people have a right to opt out, but the evidence seems to suggest that most people won't do that."

Ultimately, compulsory contributions for the employer will be 3%, with the employee adding 4% and the taxman another 1%. Segars describes the 8% total as "a king's ransom" but also points out that this will have to be increased at some point in the future. "Nonetheless, it's a very good start," she says. "We believe it can be a very powerful tool in turning around the country's saving fortunes."

However, there have been fears that auto-enrolment could give some businesses an unfair competitive advantage. "Large firms competing with small firms will be putting money into pension schemes for their staff for a lot longer than the smaller employers, because of the delays," admits Segars. "But the important thing is that this is going ahead. The government didn't give in to pressure to exempt smaller employers for the requirement to auto-enrol, which is what we were worried about a few months ago. People have had good notice.

"The challenge now is how it works practically," she continues. "The principle is simple but the detail is extremely complex. There are lots of different rules about when people come in, how long they have to opt out, and so on. Employers will have to decide how they will manage the costs, and how they will set up the payroll."

Segars predicts that SMEs will be most in need of assistance. "Many of them have never provided a pension for their staff before. Many of the employers are just as unaware of the challenges as their employees, who we hope to auto-enrol. Our larger members have been preparing for years. They're ready to roll with it."

Pinsent Masons' pensions law expert Simon Tyler has suggested that auto-enrolling workers at a time when money is tight could have resulted in increased opt-outs or dissuaded some workers from pension planning altogether. The government's hope is that 2015 will be a more suitable time than 2014. Segars admits that 2012 is "a particularly inauspicious time" to be introducing auto-enrolment.

"When it was first devised, the UK economy was in a time of full employment, with equity markets booming and gilt yields positive. It seems like utter fiction now, but it wasn't that long ago," she says. "We're introducing auto-enrolment at a time when real wages are at best flat, people haven't had a pay raise for a number of years, when unemployment is rising, and equity markets are volatile. We've had a crisis in the financial services sector. I think people may opt out for a number of reasons; a lack of trust in the financial services sector, lack of faith in pensions, or just sheer economics."

"I think people may opt out of auto-enrolment for a number of reasons; a lack of trust in the financial services sector, lack of faith in pensions, or just sheer economics."

She concedes that a recent NAPF survey points to an increase in the number of people - to a national total of around three million - who are likely to reject the scheme. But she also warns that the pensions crisis is a continent-wide phenomenon and that the UK's experiment could be something of a test case. "Auto-enrolment is not by any means common practice," she adds. "A lot of EU member states are facing the same pension problems we have in this country. Some of them are in a poorer position than us. So they'll be looking closely to see how our experience with auto-enrolment unfolds."

Segars is determined to address popular misconceptions around public-sector pensions, which typically average around £7,500. She likes to give the example of Cabinet Secretary Sir Gus O'Donnell's £2.3m pension pot as the kind of anomaly that serves to throw the debate off-track whenever the pensions issue does attract significant press attention. She is adamant that there should not be what she terms a "race to the bottom". The notion that apparently spoiled public servants deserve to suffer because private pensions have performed so badly can only lead to "equality of misery," she has warned, using a phrase later borrowed by John Hutton in his Coalition-sponsored inquiry.

In fact, Segars is no stranger to taking the government to task over pensions, as she once headed up pensions policy at the TUC, which regularly tussled with ministers over the issue and whose member unions are in some instances balloting for strike action. However, she has welcomed the results of the recent inquiry, describing Hutton's analysis as "very sensible", and urging the parties to "sit around the table" and negotiate.

Another prerogative of the NAPF is to "make sure people achieve good value for money when they stay in their pension, and that the associated costs and annual management charges are fair, clear and transparent - not just to employees, but for the employers who are choosing the schemes. We're also trying to make sure that when people take their pensions at retirement, when they annuitise, they get fair value for money".

Cleaning up the annuity market is also a key item on Segars' to-do list. In February, she warned that millions of workers are losing billions from their savings because of "sharp practice and murky pricing" in this market. A joint report by the National Association of Pension Funds and the Pensions Institute at Cass Business School blamed "overwhelming obstacles" preventing people from accessing the best deal alongside annuity prices that are "heavily manipulated".

According to Segars, it is a "toxic system" that needs to be "straightened out" if the UK is to pay for its old age. Every year a billion pounds that could have been paid out in pensions instead disappears into this black hole. The report found 500,000 people retiring each year are "short-changed" by up to £1 billion, but the NAPF believes this could rise to £3 billion over the next decade as the annuity market matures.

The report estimated that about 20% of the losses were passed on to the public in the form of lost taxes and higher means-tested retirement benefits; it was also revealed that low-to-mid-income workers are the worst affected, with most annuity providers failing to extend any advice to savers on pots of less than £50,000 because they're not deemed profitable, even though 80% of savers fall into this category.

As for the NAPF's solutions, the report suggested that an open market process could be integrated into pension schemes to enable customers to shop around. 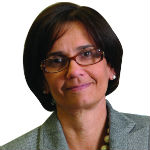