Chief Executive Officer speaks to Roland Dietz, chairman and founding partner at Focused Growth Partners, about how best to seek out a mergers and acquisitions deal and ensure the transaction runs smoothly.

Dietz is discussing the broad and somewhat thorny topic of mergers and acquisitions from the perspective of the companies being merged. With the headlines apt to focus on the latest mega-deal, often with a nod to market fluctuations and activity volume, how these deals actually look from the inside is a neglected subject of conversation.

This does the merged entities a disservice. Beyond how a deal impacts the balance sheet, it will invariably have a huge knock-on effect for the people involved - not only the employees, but also the customers and leadership. Dietz emphasises that there are ways to get it right, therefore ensuring that everyone involved sees benefits, but just as many ways to get it wrong.

"We've seen many mergers and acquisitions go wrong because employees have jumped ship, customers jump ship, leadership preference hasn't been pre-established, or there's been no clear idea about how you integrate the functions," he says. "And then on day one, when the two companies come together, everyone's asking everybody else what to do. That's a recipe for disaster."

A long-time CEO and independent board director, who has overseen deals from a leadership, governance and consultative perspective, Dietz has a unique insight into the practicalities of a transaction.

As the former president and chief executive of the LawLogix Group, he engineered the buy-out and managed the transition into private equity ownership while delivering a 25% increase in sales in its first year. As the president and CEO of Endeavor Information Systems, he managed its divestiture to the global private equity firm Francisco Partners, generating a significantly larger return than expected.

In his current capacity as founding partner at Focused Growth Partners, an international network of C-level executives and consultants, he assists private equity firms with areas including post-acquisition integration.

The common theme here is growth. Having earned the moniker 'the stakeholder's stakeholder', Dietz detects and activates new sources of growth, particularly from digitisation, that can help a company see revenues soar while maintaining business as momentum in the core. Mergers and acquisitions can form an integral part of this strategy.

A long-time CEO and independent board director, who has overseen deals from a leadership, governance and consultative perspective, Dietz has a unique insight into the practicalities of a transaction.

"At Focused Growth Partners, our model is one where we partner with the leadership on both an executive and governance level to try to create new growth for the company," he says. "Within this context, M&A plays a major role because most companies lack some level of capability somewhere, or access to markets. This may lead to the request to look at M&A transactions, which then leads to accretion of the core business by acquiring something that will extend their capabilities."

For the clients in question, typically this means incorporating digital elements into their strategy, either by enhancing customer-facing activities, adapting business models, or innovating within products and services. The logic is clear: if you can add new functionality to your products, it is likely to create value for your business.

"There's a lot of opportunity for providers of certain products to add new content that is already provided by another company, so they might just buy that company instead of recreating the functionality," Dietz explains. "That is an example of adding capabilities that the company would have difficulty creating in a short period of time, and it happens quite a lot."

Sometimes a good way to start or seed a market is through the instrument of a joint venture (JV). In Dietz's practice there are two salient examples:

An appetite for M&A is, of course, dependent on where we are in the economic cycle. At the moment, we are in a seller's market: interest rates are low and many smaller entrepreneurial companies are priced high. Concurrently, among large companies seeking new growth, there is a strong desire to transact.

"If you've come out of the economic crisis with a large balance sheet, now is essentially the time to invest and broaden your footprint," says Dietz. "Many organisations have optimised their EBITDA growth and are increasing their shareholder value creation model, but they may not have done enough on the customer side (which is driving future EBITDA and longer-term shareholder value), so there's an issue around how we create better value for the customer. You'll see the tendency right now is to focus on revenue growth and new innovation in the product and service arena, maybe driving that through acquisitions as well."

Of course, a hunger for acquisitions is one thing, a savvy approach to making them successfully quite another. There are many factors to consider before deciding whether to press ahead, not least the issue of fit: is the other company aligned with your strategic aims, and do you share a similar culture and philosophy?

Another is how well the leadership teams will work together, which may become more or less important depending on the flavour of the transaction.

"But when private equity buys from private equity, there's also an element of aligning the current management team or at least having visibility on strong leadership. That is quite necessary for the entity and the new ownership to thrive."

Should a strategic buyer come along, it is likely the buyer will already have a strong management team in place, and won't be looking for the acquired company to supply leadership. Here, the key questions will be customer retention (can we assume that if we buy a company for its customer lists, that the customer list will stay intact?) and whether the sales wing of the two businesses can be easily merged.

"Depending on the situation, it's really a question of whether we can retain the key leaders and whether we can retain the key customers," says Dietz. "In some cases, there is the critical element of key employees - are those people who provide the creativity and support the creation of products going to stick around as well? So it's really dependent on the kind of acquisition or merger we're talking about. That could affect all the major functions of a business: finance, IT and HR policy, as well as the strategic element of the CEO and the direct leadership team."

Should a strategic buyer come along, it is likely the buyer will already have a strong management team in place, and won't be looking for the acquired company to supply leadership.

If this provides plenty to think about from a buyer's perspective, then the seller has just as big a challenge. When a company is approached by a rival organisation, with a view to creating a merged entity, the CEO will need to weigh up three key questions.

The first is what will happen to the entity itself - how will the business, its employees and customers fare when the rival organisation takes over? The second is what happens to the leadership team (including the CEO). The third lies with confidentiality and keeping information safe.

"Let's say we're a software company that has been approached by a rival - it's very likely that in the short term a large part of the company will stay intact because they won't want to lose customers," says Dietz. "Having a strong story for the customer base in terms of how the merged unit will deliver excellent products and services is crucial. They'll probably make some effort to eliminate duplications in the back offices, so you have to think what will that do to your employee base. But if it's better for the entity overall, and there'll be more growth because of the synergy, that may be a very big motivator."

In terms of leadership, an acquisition does not always mean jumping ship. Often, your company will provide some unique capability to the competitor, which may give you the ability to lead some of what they do.

"When Thomson bought Reuters, many of the Reuters people became leaders because the Thomson organisation felt they were in a better position at the time," says Dietz by way of example. "What is best for the merged entity is not always defined by the acquirer. Getting that sort of view going requires leadership that is inclusive, and understands that the acquired company needs a certain amount of dignity to be preserved."

The third point is perhaps the trickiest. If the transaction falls apart at the eleventh hour, then the information that has been exchanged so far cannot be unlearnt. In cases where your rival has acquired important data, no amount of confidentiality agreements will prevent them from implicitly using what they know. It is therefore crucial to delay detailed information requests until late in the day, and be extremely careful about what kind of information (intellectual property, trade secrets and so forth) is shared.

Assuming the deal goes ahead, the merged entity may run into further roadblocks in the weeks and months following the acquisition. Many companies are so focused on the financial aspects of proceedings they may lose track of what will happen after the acquisition is complete.

For this reason, it's important to establish the objective of the merger well in advance, referring to what Focused Growth Partners calls the 'investment thesis' (or the theory around how the deal will create value). This needs to be transparent to management and employees, with due attention also paid to how employees can benefit from the situation.

"Before the acquisition, we will prepare a 90-day plan and a clear explanation of how we will distribute authority and what our vision is for the future, so we can go out and make sure everybody knows what to do and starts creating a synergy from day one," says Dietz. "It's key to align the stakeholders, determine what employees' roles are going to be to and get the right sorts of incentives in place."

However, as Dietz points out, there are no hard and fast rules for success. There are as many different forms of M&A-type deal as there are transactions, and creating a plan that will foster growth is always going to be bespoke work.

"There's a bunch of stuff that needs to be done, but it's not something you can create a template for. Most situations require us to think really well about how we retain the key people, and how we create a situation where they're motivated and excited about the new ownership. That requires creativity," he says. 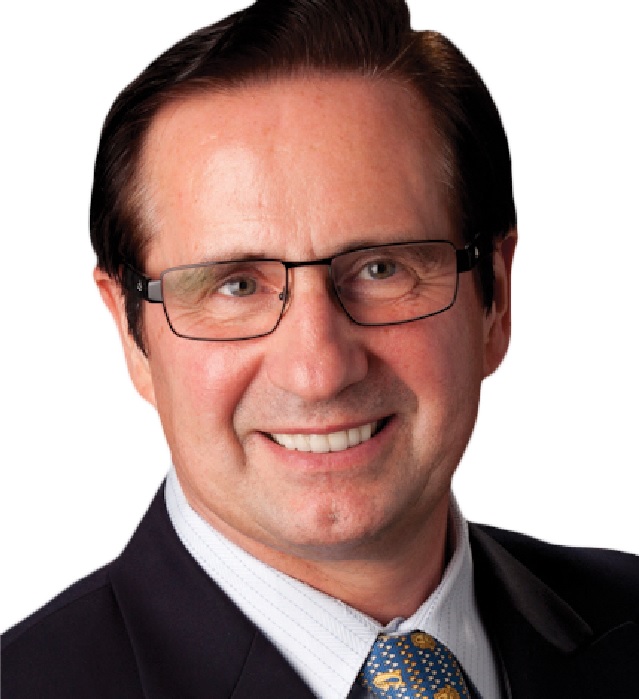