Jean Gabriel Pérès celebrates 15 years in charge of hotel group Mövenpick this year, but he is far more excited about what the future might bring. The CEO sits down with Phin Foster to discuss Swiss virtues, new markets and why he’d like to stay in the hot seat for a while yet.

To spend a decade and half at the helm of a multinational company is an achievement in any industry but, in the hotel game, it means joining exalted company.

When Kurt Ritter stepped down from his role as president and CEO of Rezidor at the end of 2012, he had been in the role for just shy of 25 years. His successor as longest-serving hotel chief was Reto Wittwer, Kempinski's president and chief executive since 1995 and, like Ritter, a seriously big beast in the global hotel community; an individual whose reputation and personality has become synonymous with the company under his stewardship.

But when Wittwer finally decides to hang up his keys, who is left to laud for longevity? The industry has changed almost beyond recognition in a little over a decade, with increased emphasis on new markets, asset-light growth and branding creating a sector that can at times look as though it has moved away from its roots and become just another global business driven by process optimisation and contract management.

This shift has also influenced the turnover of those at the very top. Among the world's ten largest hotel groups, the longest serving CEO is Best Western's David Tang, who has spent a relatively modest ten years in the role.

Back when Tang was taking the reins in 2004, Jean Gabriel Pérès already had his feet firmly under the table at Mövenpick's Zurich headquarters. The Parisian celebrates 15 years at the helm of Switzerland's primary hotel operator this year. Keen to downplay the milestone's significance, he nevertheless acknowledges that it puts him among a select band of hotel leaders, even if there are marked differences in their respective career trajectories.

"Reto is a good friend, a wonderful hotelier, and Kurt's achievements speak for themselves," he begins. "Both grew their companies to new heights and remain among the most respected people in the industry. The real difference between me and them, and a reason I feel particularly privileged to have been here so long, is that I don't come from the pure hotel field.

"As a finance MBA, it's very rare to see someone really establish themselves, gain respect from general managers and hoteliers - guys like Reto, Kurt and [Jumeirah Group president and CEO] Gerald Lawless - despite not coming from their noble ranks. It's a tribute to the brand and I'm humbled by that."

That brand, much like the market within which it sits, has undergone extensive change over the last 15 years. Upon joining Mövenpick Hotels & Resorts in 1999, the company had 39 properties in operation. Today, that number stands at 83 properties across 25 countries and more than 30 planned or under construction.

These growth figures only tell part of the story, however. Significant brand repositioning has defined much of the Frenchman's tenure, removing hotels from the system at the same time as pursuing significant global growth.

"I inherited a mixed base of hotels and a real priority was addressing the portfolio, creating a consistent, up-scale, high-quality service leader," he explains. "This meant letting go of 25 hotels because we could only have properties that held distinctive positions within their respective markets.

A lot of our three-stars within the portfolio were performing well, but they could not meet those standards: our hotels have to be market leaders."

The purifying of one's portfolio can be a painful experience and many operators have sidestepped the issue of losing properties by diversifying their brand offering. For Pérès this was never an option, however: optimising the group meant simplifying the message.

"We started the process at a time when hotel companies were creating lots of sub-brands and, without wanting to point any fingers at my dear colleagues, it can sometimes be quite difficult to spot the difference," explains the CEO. "To get where I wanted us to go, it was essential we remained a mono-brand. Perhaps one day we'll acquire another management company and it's something we'll look at, but for now it's important we continue as Mövenpick and focus on becoming ever clearer about what that means."

Upscale, but not luxury, is perhaps the simplest definition of this operating model, but Pérès draws on the philosophy of Ueli Prager, who founded the company the 1948, for a guiding principle. "He was always very clear," the CEO begins. "We don't do extraordinary things, but we do ordinary things in an extraordinary way."

It is a return to the company's traditional values that Pérès believes enabled Mövenpick not only to survive, but also to grow significantly in the immediate aftermath of the global financial crisis.

"There are certainly elements of luxury service in a number of our hotels, but we are not a luxury hotel company," he says. "At a time when people were becoming much tighter on expenses, when traditional luxury customers were forced by corporate instruction to forego luxury hotels, we really benefitted through that guest segment gravitating to our hotels. It's a trend that continues to this day."

"The end of the 20th century was defined by the rise of Asia, but what we’re seeing now is the emergence of Africa."

It is all very, well, Swiss: an assurance of understated quality, delivered quietly and without bullish self-aggrandising, or declarations of towering ambition. In the CEO's eyes, this Swiss-made heritage helps both to maintain the integrity of the group's DNA and deliver significant appeal to owners and developers throughout the world.

"When I meet a potential development partner, it's not about me making them an offer," Pérès explains. "I want to know what they expect from Mövenpick and from me. Those that we work best with tend to already have an affinity with Switzerland, understand where we come from and really get the brand. You can't just turn up and tell stories and we shouldn't have to work too hard explaining our merits."

Putting a face to a name

A commitment to face-time with stakeholders and colleagues at all levels is a theme Pérès returns to time and again. There are few hotel groups closing in on 100 properties where there exists only one level of seniority between CEO and GM. Mövenpick now employs close to 20,000 people, but its chief executive is adamant that he remains personally involved in recruitment and talent management at almost all levels. With an internal general manager succession rate that exceeds 70%, it's an approach that's clearly working, but one wonders how long it will remain feasible as the group grows in portfolio size and geographical footprint.

"It's not enough to be involved only with the executive committee and general managers; I need to also know those who report to them, the leaders of tomorrow," he explains. "Okay, I can't interview 1,000 people a year, but anybody we feel has the potential to eventually lead is somebody I need to spend time with. That can mean bringing people to Zurich, but it also involves a lot of travel on my part, meeting staff and making sure we have the talent on board. This isn't an exact science, but it helps me feel responsible for all the decisions we make."

Pérès is not the only long-serving member of the leadership team. A number of his colleagues first worked alongside their boss in his previous guise as a precocious managing director at Le Méridien and it is a degree of loyalty he clearly appreciates and strives to engender. The same applies to relationships with Mövenpick's hotel partners. The group's asset light development drive under his watch has been driven in large part by a "cluster strategy", moving into a new region and quickly looking to open multiple properties in quick succession. It helps if one's working with multiple asset-holders.

"Many have two or three properties," Pérès acknowledges. "In fact, I'm in the process of signing a property in Dubai with an individual who holds a hotel with us elsewhere in the Gulf region. The cluster strategy has really worked for us. It enables synergies, economies of scale and the creation and development of strong, local leaders. You see that in Jordan and Egypt, for example, where we've trained local executives who have gone on to become GMs. It's something to be very proud of."

This approach has seen the group develop a regionally balanced global footprint. Having opened its first Paris property at the end of 2012, the chief executive acknowledges that London remains a glaring omission from the Mövenpick portfolio. He might even be willing to sink some of the group's own capital into a property if the right opportunity came along - "There are certain markets that are so exceptional, you sometimes have to go that extra mile to secure presence" - but asset-light growth will remain the core expansion philosophy.

Unsurprisingly, a key driver will be South-East Asia, where the chief executive sees his group adding significantly to its current eight Asian hotels currently in operation: "There is room for 25 being developed in the next four to five years," he claims.

More interesting options may lie elsewhere, however. "The end of the 20th century was defined by the rise of Asia, but what we're seeing now is the emergence of Africa," he says. "We have a presence in the north, but the real focus now is sub-Sahara. We already have a wonderful hotel in Accra and I'd like to see ten more of the same standard in the region, bringing us to 30-35 hotels in the continent overall."

Even when conversation turns to Egypt, a market currently ridden with uncertainties and already home to a strong Mövenpick presence, Pérès sounds bullish. "I'm absolutely certain it will shine again within the next two years - it's a matter of restoring confidence and trust," he says. "Today, if I was proposed a very good hotel in downtown Cairo, I would look at it without hesitation."

A longstanding ambition was to have 100 properties in operation worldwide by the end of 2015, but various unforeseen geopolitical and financial issues have seen a few projects fall behind schedule. The landmark figure has now been revised to "within the next two years".

Pérès insists that, upon hitting a century, Mövenpick will continue to pursue expansion at the same pace - "if not faster" - but also knows that growth can never be for the sake of growth alone.

"Look at the number of opportunities that cross my desk on a daily basis and we could have 250-300 properties under development right now," he claims. "But volume can compromise your brand, the quality of your properties and of one's relationships with owners. Those things underpin our success and once you pass 140-150 properties, I wonder whether it's still possible to manage in this very personal way and for the brand to create the required impact wherever we open a new hotel."

The inevitable question is whether Pérès sees himself still being at the helm when Mövenpick reaches that particular landmark.

"I'd like to be here a little longer," he replies with a wry chuckle. "I still feel young and, most importantly, excited by what we're doing. I really don't like looking back at the past, but what we have achieved does make me very proud. However, what makes me even prouder is what I see coming up in the future."

In an industry not famed for longevity, Pérès sounds like he's looking forward to outlastling them all. 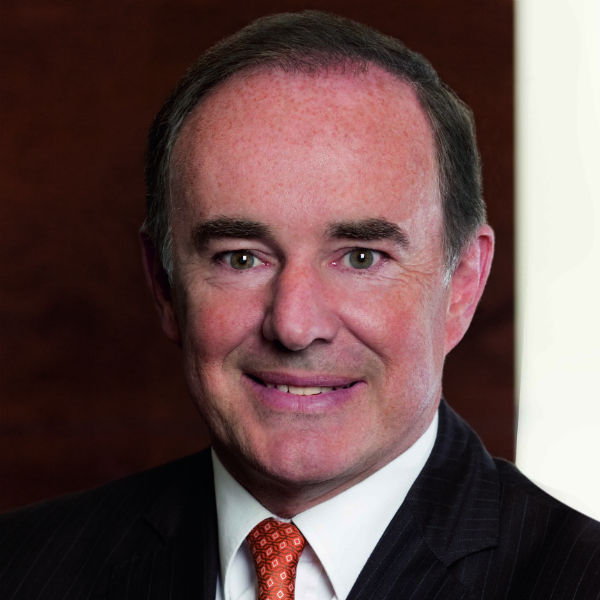 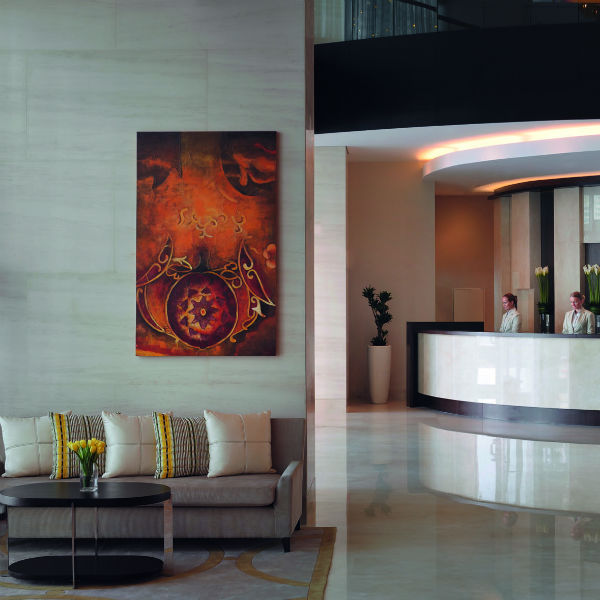