Chief executives need talent that can generate growth as their organisations shift from cost-cutting to expansion. Kevin Wilde, vice-president and chief learning officer at General Mills, talks to Philip Kleinfeld about the centrality of people practice to business strategy, and the three ingredients of great talent management.

It's the kind of success story cherished by champions of the American dream; the slow growth of a small Midwestern flour merchant into the global manufacturing giant behind many of the country's best-known food brands, including Betty Crocker, Green Giant and Pillsbury. It may be a habit of American culture to emphasise the role of the brave industrialist in stories like these, but when you look back at the history of General Mills, one thing in particular stands out as a source of success: human capital.

Ask any modern day executive what the most important drivers of growth are and they'll tell you that the workforce sits right at the top. No enterprise can function unless it invests in the most obvious source of value. Finding a way of extracting that talent and embedding it within the natural rhythm of the business has become a top priority for managers at the most senior level.

Kevin Wilde is vice-president and chief learning officer (CLO) at General Mills. Like most of those involved at the heart of the people process he's not overly enamoured of high-flung corporate acronyms as a job title but he understands just how crucial HR has become to CEOs and senior management.

"If you were to join me as CLO in the meetings I'm in, at points you might be confused whether it was a talent management or a business management meeting," he says. "People practice has been integrated into every aspect of the company during the 14 years I've been here, and it really is central to our business leaders. When I work with the CEO and the senior team I don't get the sense that this is somehow a demand on their time."

Aside from official meetings arranged throughout the year, General Mills has a number of informal projects aimed at improving the way leaders manage talent. Perhaps the most impressive of these is "The Great Management Initiative", a scheme designed to develop leader skill-sets in a way that directly impacts the performance of those beneath them. The initiative, which uses a series of mentoring, feedback and training tools, has been a big success for the company, according to recent employee surveys.

"Based on internal analytics we realised that managers who can interact well with their employees can drive engagement, success and business growth," Wilde says. "So we asked our workforce what the difference between a good manager and a great manager is, and we uncovered three principles, all of which involve a connection with people practice: Does my manager invest in me? Does my manager value me? And thirdly, does my manager stretch me? Our leaders have got better at all three points since we introduced the initiative and we're very proud of that fact."

Though CEOs have more time for people practice than they had in the past, not all of them are satisfied with the performance of their strategies. According to a recent survey by PwC, around 70% of business leaders worry that their approach to talent management aligns poorly with their wider commercial goals. That's a surprising statistic given the potential return on investment that even the most simplistic HR process can yield.

It's clear that alleviating those fears requires the right talent management strategy. And, as the Great Management Initiative indicates, to some extent that means empowering business leaders to become great coaches. But for Wilde it also means developing the right blend between two very different characteristics: individuality and teamwork.

"On one level we have a very collaborative, team-based culture at General Mills," he says. "There's definitely a bias towards great teams coming together and working successfully, and you can see that even in our incentive and performance reward systems. At the same time we do recognise particular stars and talents and we hire, invest and nurture on the basis of that individual skill. But it's always within the context of a wider organisation and a great team."

Flexibility for a global workforce

Wilde has been in charge of executing a global people strategy since joining General Mills back in 1998. His work has led to a string of awards for the company, most recently first place at Chief Learning Officer magazine's 2012 LearningElite awards.

Talent management has evolved a lot as a concept during the time Wilde has been at the company. Over the past ten to 15 years, General Mills has become far more global in its reach, extending both its products and divisions to markets that share very little in common. That's required a whole new understanding of what talent means and how it can be delivered. Too much fidelity to convention can be dangerous in a world that requires an understanding of difference.

"What things mean in Brazil isn't the same as what they mean in Mumbai," Wilde says. "Training a coach in Shanghai might be different from training one in Minneapolis. Of course there are some things that define General Mills as a company, the real fundamentals that we believe are important year in year out. But it's about having a global standard that can adapt and make space for local interpretation. In certain cases we believe our leaders can understand far more about talent from engaging with other parts of the world. I've had executives go around to various countries and work with different leadership teams to learn new things."

Other areas of work also demand a fresh approach to talent management. The way consumer goods are communicated in companies like General Mills has changed considerably with the rise of digital media. Investing in social tools and creating a recruitment programme capable of attracting digital talent is critical. So is showing some sympathy to the way the new workforce differs from the old marketing and publication teams.

Responding to these challenges and changing the talent dialogue along the way is familiar ground for Wilde, whose most recent book Dancing with the Talent Stars was described by an industry expert as "resetting the talent conversation".
His belief that people practice deserves more than the afterthought of a chance board meeting has helped shape the character of General Mills over the past few years. For other companies, building a workforce capable of steering the wider corporate strategy will prove fundamental as the global competition for talent intensifies. 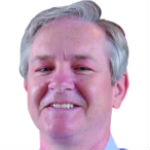