The UK is facing a tough decision, as voters determine whether or not it should remain in the EU. Polls suggest that the business community is split down the middle. However, while many business leaders have added their voice to the debate, others prefer to remain silent on the issue. So what are the pros and cons of speaking out? Jeff Lynn, the ‘pro-Bremain’ CEO of Seedrs, tells Abi Millar why he chose to mix business with politics.

23 June 2016 will be a decisive day for UK businesses. Based on the outcome of the referendum held that day, the UK will either stay in the European Union, or will withdraw, giving the country two years to negotiate exit arrangements. Whatever happens, it is clear the repercussions will be far-reaching. Throughout the run-up, the verdict has been too close to call. A 'poll of polls' compiled in April, which took into account the average of the six most recent surveys, found that exactly 50% of voters support 'Brexit' (leaving the EU), whereas 50% would like to remain. In recent months, the gap has been steadily narrowing, following an initial skew towards 'Bremain' (remaining in the EU).

Of course, a further proportion of voters are undecided either way. A YouGov poll, which was included in the analysis, found that while 38% wanted out and 39% wanted to stay in, 23% hadn't made their minds up or didn't intend to vote at all. This 'undecided' faction represents a voter base that both sides are looking to court.

It therefore makes sense that those with strong opinions - and the knowledge to back them up - would be seeking a platform for their views. This was most clearly apparent in February, when nearly 200 of the UK's top business leaders signed a letter backing Bremain.

"Business needs unrestricted access to the European market of 500 million people in order to continue to grow, invest and create jobs," read the letter, which was published in The Times. "We believe that leaving the EU would deter investment and threaten jobs. It would put the economy at risk. Britain will be stronger, safer and better off remaining a member of the European Union."

The signatories - which included 36 CEOs from FTSE 100 companies - stated they represented every sector and region in the UK and together employed over a million people across the country. Among their ranks were the bosses of EasyJet, Shell, BAE Systems, AstraZeneca and GSK.

There were, however, a number of notable omissions; not least Tesco and Sainsbury's, which both stated the referendum was a decision for the British people. A spokesperson for Sainsbury's described the supermarket chain as an "apolitical organisation".

This came amid criticism from various corners of the media that the letter was an example of 'project fear', orchestrated by the government. A Daily Mail columnist suggested that: "The threat made to workers, that jobs might be in danger if they dare to vote 'out', is scaremongering on a grand scale from bosses who hold the lives of more than 1.2 million workers in their hands."

So does it truly make sense to mix business and politics, and what are the pros and cons of speaking out? More broadly, what comes first for the CEO with a social conscience - taking a public stance on the divisive issues of the day, or remaining quiet so as not to alienate dissenting customers, employees or shareholders?

One CEO firmly in the Bremain camp is Jeff Lynn, CEO of the equity crowdfunding platform Seedrs. As a pan-European platform, based in London and Lisbon, the organisation has pro-EU values at its core. Lynn therefore did not hesitate to put his name behind the 'Britain Stronger in Europe' campaign.

"We see a huge amount of opportunity in our business to facilitate cross-border flows of capital, and to connect with European investors wherever they may be located," he says. "I think that the slightly 'little England' mentality that characterises some, though not all, of the Brexit argument doesn't fit with that vision."

He feels that participation in the EU, the world's largest free market, is a 'very powerful thing' that benefits Britain tremendously, and that exiting the EU would be tantamount to "closing ourselves in".

"We're big believers in the European ideal - a Europe filled with many nations with their own identities, their own cultures, but as unified a market as possible," he says. "To me personally, and to us as a business, that's an important part of how we view the world and it's why we wanted to speak out."

In March, Seedrs conducted a survey of UK investors and entrepreneurs, with a view to determining attitudes to Brexit. The findings were not altogether surprising: much like the general populace, the business community was highly divided.

"Our investors are everyone from very high-net-worth city professionals all the way down to much smaller retail investors, and we have entrepreneurs across all sectors," says Lynn. "The results came back that it's almost split down the middle, much like the country."

Given the complexity of the issue in hand, Lynn feels voters would benefit from a higher calibre of information. In particular, entrepreneurs and investors need to ensure they are up to speed with the debate, and steel themselves for the likely economic impact.

"I think from what we've seen of the debate out there, it still seems relatively high level and soundbite-based," he says. "You have one side saying, 'Don't worry, we'll just become Switzerland', while you have another side saying it's going to be terrible and we're all going to lose massive amounts of money. I think some more data and facts around that will be very important as the debate proceeds."

Lynn believes business leaders have something of a responsibility to speak out on the issues that most affect them. While conceding that moral and social debates may be a different story, he feels that CEOs should be encouraged to share their perspective on issues pertaining to wealth creation.

"I'm sympathetic to business leaders who think they will aggravate their customers - maybe there are particular key constituencies that they don't want to annoy - but sometimes as a leader of business you need to take a stand, take a risk," he says. "I don't think the risk is that great here, and the value of contributing an opinion is significant. That's how democracies are meant to work."

Deal with the consequences

Of course, not all business leaders have been left unscathed by stating their views. In March, John Longworth quit as the director of the British Chambers of Commerce (BCC), the independent network describing itself as "an authentic voice for British business".

The week before, he had told reporters that Britain would be left "sitting on the margins" of an "unreformed EU" if the country chose to remain. These remarks, which flouted BCC's official stance of neutrality, led to his suspension and ultimately prompted him to resign.

Longworth subsequently wrote that he had received "hundreds of messages of support from business people eager to break free of the costs and restrictions imposed by Brussels with the willing cooperation of Whitehall". It is unclear whether the business people in question have publicly 'outed' themselves as pro-Brexit or whether they feel this sentiment can only be expressed behind the scenes.

What comes first for the CEO with a social conscience – taking a public stance on the divisive issues of the day, or remaining quiet so as not to alienate dissenting customers, employees or shareholders?

Lynn concedes that in certain cases, speaking out may be difficult. For instance, a board may be unable to reach consensus, or a business may have prominent clients whom they know to hold different views. However, he feels that in the majority of cases, business could contribute to the debate without seeing any meaningful downsides.

"This isn't North Korea - it's not like if you end up on the wrong side of things you're going to be shuffled off to a gulag, or if you end up on the right side you're going to be showered with government favours," he says. "This is a place where we're all supposed to be able to express our views. Reasonable people differ, and this is very much an issue on which reasonable people can differ."

As 23 June edges closer, and the debate gathers momentum, it is possible we will see a surge in business leaders wishing to make their mark on public discourse. Of course, many of the people who wanted to express their views have already done so. However, Lynn feels that for others, now would be an optimal time to pass comment.

"This is an issue on which I think business leaders have, not necessarily an obligation, but certainly a right to speak out," he says. "It's helpful to contribute to the debate by sharing businesses' perspectives, and I would encourage any business leader in that position to share their view no matter what it might be.

"At the end of the day, after 23 June, whatever happens happens, and if we remain in we'll get back to business
as usual. If we're out, it'll be a slightly different path but I think we'll all get on our way." 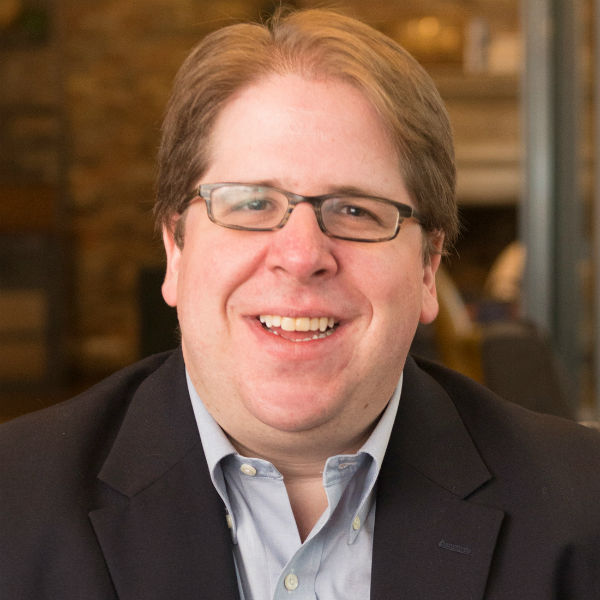 Jeff Lynn is the CEO of Seedrs, which he co-founded in 2009 with Carlos Silva. He began his career as a corporate lawyer with Sullivan & Cromwell in New York and London, and he serves as a non-executive director of Companies House. 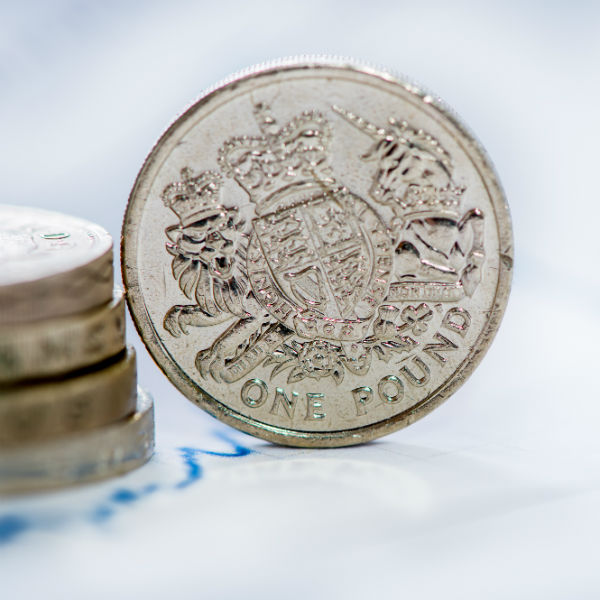 How will currency be affected if Britain leaves the EU? 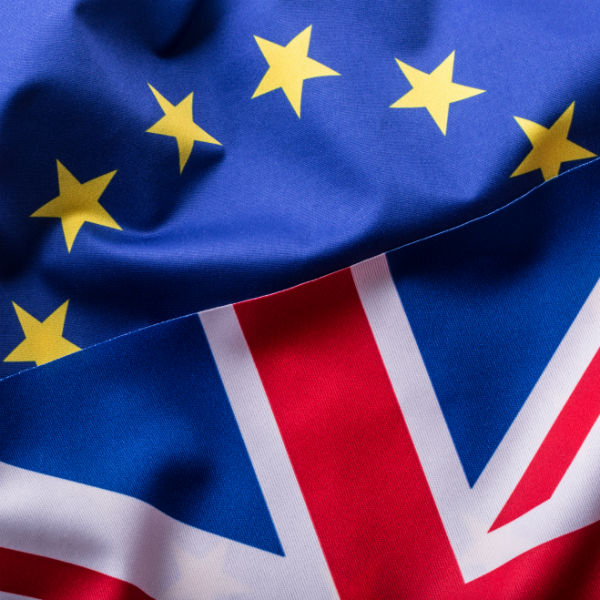 Is one star of the EU about to break away?