The marriage of finance and technology

Web Summit, the largest technology conference in Europe with more than 50,000 attendees, took place in Lisbon on 7–10 November. Rod James was there to see Jay Reinemann of Propel Venture Partners, Eileen Burbidge of Passion Capital and Mattias Ljungman of Atomico discuss the current state of play in fintech, and how they see it remoulding the financial services industry.

This year, Europe’s largest technology conference, Web Summit, came to Lisbon, a milestone in the city’s efforts to transform itself into a tech hub. With more than 50,000 people in attendance, Web Summit effectively amalgamates 21 individual conferences into a single sprawling whole.

Some of the loudest buzz this year was around the fintech stage Moneyconf, where Chief Executive Officer saw three leading lights in the European venture capital business discuss the current state of play and the ideas they see making the biggest impression on financial services over the next five to ten years. The event was moderated by Janet Guyon of Quartz.

Janet Guyon: We saw $14.5 billion of fintech growth in 2015 and it seemed to continue this year, but the second quarter dropped by 45%. What is the state of play right now?

Mattias Ljungman: My point of view is that a lot has happened in a short period of time, so we should be very excited about the growth of the industry. Last year, the fintech area in Europe did about $3.6 billion in revenue but financial services in Europe did around $1.2 trillion – so it’s just at the beginning. It takes time to build these industries. They are huge and we are only scratching the surface at the moment. A little pause is probably not a bad thing, and probably healthy, but if you compare it with when I started off in venture 16 years ago, it’s a very different place.

Jay Reinemann: This is a long game. You look at some of the big names in the market, guys like Paypal, they are 18 years old. How long did it take them to reach scale? The numbers are a little bit confusing – there are some big outliers, some very large deals that were done, which have inflated the numbers. In general, the industry has tremendous potential.

Eileen Burbidge: Numbers are going to change quarter on quarter because the definition [of fintech] is pretty vague. It depends on who’s actually recording. We are going to see insure-tech adding into it [the fintech definition], and things like cybersecurity, because the biggest market for cybersecurity is financial services institutions.

What are the growth areas in insurance? Which analogue processes can be greatly improved by technology?

There have been some bumps in the road. Securitisation is not as easy as it’s supposed to be; debt lenders aren’t as reliable. That’s the biggest challenge.

JR: It’s a really interesting area to invest in. The biggest worry for me is it gets over-invested in. We’ve seen just about every area of insurance being invested in. The distribution channels were the first place; now we are seeing every little channel, whether it’s your baggage, flight insurance, home health, auto… We only have two insurance plays in our portfolio right now; one in the healthcare space called Hixme and one in the home mortgage space called I Lippo.

EB: What’s happening in insurance is, firstly, on the distribution side and in channels. What I haven’t seen enough of yet, and what I think we are all anticipating, is that the insurance product is about to change. I think in terms of risk analysis, claims fraud, we are going to see machine learning applied to it, and the actual product is going to change, not just the distribution.

ML: That’s the big point; that’s what we liked about Climate Corporation [which was sold to Monsanto for $1 billion]. It was a whole new product. They took all the weather stations around the world and they provided you with the weather information to help you price and buy customisable weather insurance. Distribution is interesting and nice, but you can totally change the way insurance is structured, and if you control the whole thing, it’s very exciting.

Are there many start-ups that can control the whole thing, from product to distribution?

EB: We are talking about the full value chain, or full stack, and the question of whether or not a start-up could do that from the back end to the front. I think they can, across all financial services. If you look at what’s happened across lending and insurance, front-end distribution and customer engagement was affected at first. Now we are starting to see value creation in the back end. One of the investments we’ve made is in Monzo, a challenger bank. It is full-stack, from the very back end, plugging into the UK faster-payments network all the way through to an app, which is an unbelievable experience. I do think that’s where the value is – not just in the front end, but the reconciliation of transactions with the back end as well.

ML: There’s another company called Klarna that did the same thing. It supplies consumer credit instantaneously using algorithms. It’s been developing those algorithms for ten years so it really works, and it’s been a profitable business. Again, it controls the whole stack of payments, which makes it a more solid business and gives us good, strong takers as well. That is hard for someone to replicate, which is why it’s only now that other companies are starting to get into the sector.

JR: All of these companies, whether Klarna or a challenger bank, need capital. Right now, the incumbents are the ones that take deposits and have the lowest cost of capital. And the others have to figure out an official way to do that. There have been some bumps in the road. Securitisation is not as easy as it’s supposed to be; debt lenders aren’t as reliable. That’s the biggest challenge.

ML: There’s some really big niches in fintech, which is the thing we lose sight of. You don’t have to tap the whole mortgage cycle, right? There are things that shouldn’t be big issues; like, if you have a foreign passport, banks aren’t that happy to lend to you. So you say, ‘OK, I’m willing to go with someone else’. We call that niche, but it’s actually pretty big.

We’ve seen a number invest in fintech to advance their services. Can you give us an idea of the ecosystem between the VCs [venture capital companies] and the big banks – where is the money coming from?

JR: The money is coming from everywhere. Insurance companies are out there in droves investing right now. They are putting in huge resources to try to understand what the future is. My main concern is that these are smart investors, that they are doing the right thing for that company. As a financial-focused investor, I want to make sure the company has the right resources [and] the right people around it.

ML: I met up with the Goldman Sachs engineering team in London, who were a pretty impressive crew. They said that they had 10,000 engineers out of 30,000 employees in total. The way they are structuring themselves, they are thinking a lot about how they are going to remain relevant in this world. Everyone is on a spectrum. Some are aggressively pursuing this, some are in the middle and some are finding it more difficult to make this transition.

With automation, what are the employment risks and opportunities in a large bank?

ML: The workforce has to change. It was the same with the industrial revolution; people were using picks and shovels then we started using tractors. Artificial intelligence is going to take on a lot of these processes. Even us, we are going to start automating… roboventure, perhaps? That’s just part of the world we are living in.

EB: These big banks aren’t employing fewer people than they did a decade ago and the amount of automation over the past decade has been tremendous. It’s just a rebalancing. So you have a lot more compliance people, a lot more people looking at KYC [know your customer] and the customer service experience. It’s shifting and rebalancing, but you don’t actually see net jobs declining.

JR: In the interim, it’s really hard for a retail bank to migrate its resources from that branch channel, where it is servicing most of the customers, to a new digital channel. You can’t necessarily compete with start-ups for the best talent. Everyone has to sacrifice a bit of money from those channels that make money to feed digital growth – and that’s hard.

A lot of what we’ve discussed is about applying existing technology to a new process. What hasn’t been invented yet?

JR: Artificial intelligence. The best financial services understand your needs and give that service seamlessly, so you don’t even have to think about it. There’s a lot of opportunity in being smarter with the information we have in order to anticipate what’s right for the customer.

A long-time venture capitalist, Mattias Jungman is a partner at Atomico, which was started by Skype co-founder Niklas Zennström in 2006. The company invests in businesses such as online mortgage lending platform LendInvest and Klarna, a payments app for retailers.

Jay Reinemann is a partner at Propel Venture Partners, which grew out of the in-house venture capital arm of Spanish bank BBVA. It has investments in companies such as Earnest – which uses advanced data analysis to extend low-interest loans – and P2P lending service Prosper. 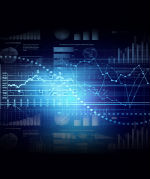 Investing in fintech can significantly advance a company's operations.