Walk the line – the mergers and acquisitions market

While mergers and acquisitions are once again on the rise, they still pose challenges for regulators that are concerned about competition. For many years, the Organisation for Economic Cooperation and Development (OECD) has been working with regulatory bodies to ensure best practice and rigorous oversight. In this special report, we talk to Dr Adrian Blundell-Wignall, director at the Directorate for Financial and Enterprise Affairs at OECD, about its current focus, and what it might mean for CEOs looking for their next strategic deal.

To many onlookers, 2014 was the year of the M&A megadeal. Facebook bought WhatsApp, Comcast made motions towards Time Warner Cable, and General Electric battled Siemens for the French engineering company Alstom. Meanwhile, US pharmaceutical giant Pfizer tried, albeit unsuccessfully, to take over its Anglo-Swedish rival AstraZeneca.

But while these stories grabbed the headlines, M&A activity was generally patchy. Overall, it was a slow year for deal-making, with some analysts expressing concern about a lack of real growth opportunities.

In fact, it is only recently that the market has emerged from its long-term slump. Last October, Ernst & Young released a report suggesting that activity was set to "rebound", clarifying that while more major transactions were on the cards, growth overall would be driven by mid-market deals of less than $1 billion.

After all, where show-stopping deals begin, a slew of smaller acquisitions will tend to follow. The report showed that executives were becoming increasingly confident in the stability of the global economy, with 40% of them intending to pursue acquisitions within the next 12 months.

As this rebound is set in motion, one might ask what that means for the regulators working behind the scenes. An increased appetite for mergers means a growing need for merger control, as competition agencies work hard to ensure that the latest much-hyped deal does not step into questionable territory.

"I don't think I know of a country that doesn't have a competition authority now," says Dr Adrian Blundell-Wignall, director at the Directorate for Financial and Enterprise Affairs at the Organisation for Economic Co-operation and Development (OECD). "The main challenge faced by competition law is the question of do mergers harm the process of competition? In most of these countries, the competition agency can directly block the merger with no scope for government interference."

It goes without saying that the majority of mergers have no effect on competition; in fact, they are often actively beneficial. However, there are cases in which two companies, joining together, can pose a great cost to consumers and to the economy more generally. For this reason, competition authorities need to be hypervigilant, homing in any concerns and remedying potential problems.

Take the simple example of two rival companies, with few other competitors, selling the same goods within a market. If company A purchases company B, the resulting merged entity will dominate the market altogether, meaning it can raise the prices of its products unchecked without having to face the consequences. Competition law would typically block this merger, or at least obligate the hybrid company to divest part of its business.

This is economics 101, but in practice, the situation may prove rather more complex. Given the global nature of modern business, one of the big questions at stake is how you go about implementing merger control across borders. If a large multinational purchases another company from outside any of its jurisdictions, it may be necessary for several different competition agencies to get involved.

"In the main, a straightforward takeover of a domestic company by a foreign company wouldn't raise competition concerns, because usually it would be thought of as increasing competition unless that foreign company already has a presence in the market," says Blundell-Wignall. "But there can be challenges when you have conflicts that aren't as simple as this, when say the authorities in two countries are investigating the same case."

This would not apply if the company's sales were confined to a single country. However, if the sales are spread across two or more countries, the merger is likely to prompt multiple investigations.

"There's no problem here if the authorities come to the same conclusion - the costs will be duplicated but the merger won't be interfered with," continues Blundell-Wignall. "But if they reach different decisions, they can only impose remedies within their local jurisdiction. The biggest problem that arises is finding the right remedy that will get the merger through."

OECD works hard to promote best practice in this area. Its Directorate for Financial and Enterprise Affairs aims to help governments improve the domestic and global policies that affect business, and competition is one of its key points of focus. Above all, it encourages its 34 member governments - alongside some non-OECD partner countries - to tackle anti-competitive practices wherever they arise.

More specifically, it holds regular committee meetings, which give competition agencies chance to debate the latest developments in merger control. Attended by the heads of all the agencies around the world, these meetings work as a forum to share ideas and fine-tune the existing recommendations. Lately, they have been focusing their energies on developing principles for international cooperation.

"Take a company like BP, which operates in, say, 30 countries around the world," says Blundell-Wignall. "Imagine if they had to undergo 30 different competition reviews to be able to carry out an acquisition of another company that had businesses also in those jurisdictions. Going through the same process 30 times would be a huge cost to a business. So OECD is about transparency and efficiency - we want to see the free flow of information and reduce the duplication of processes."

This type of openness is precisely what is needed for a productive, growing world economy, ensuring that competition authorities don't act in complete isolation, but that they save time and money by pooling their insights. Ideally speaking, this would also reduce the number of inconsistent decisions between member states.

"When you get a very strict decision from a large country, that will obviously prevail, so if a country like China forbids a global merger then it can't proceed, no matter what we've said in Australia or anywhere else," says Blundell-Wignall. "I think there was an example last year where China blocked an alliance between some shipping companies that Europe and the US had decided not to bother with. So that's one of the big challenges we face."

Blundell-Wignall feels it is important to differentiate between merger control and capital control. From his perspective, cross-border merger control should be treated as what it is - a means to ensure that no single business gains a monopoly in a market. It is certainly not a bid to keep foreign companies out of the country.

"We don't want merger control to be used for purposes other than 'Does it affect the competitive process?'" he explains. "If this gets dressed up as capital control, then that would become very damaging to the world economy. It would be a major issue for us, and that's why OECD has its recommendations."

That said, there are other ways of blocking transactions. Various jurisdictions do indeed have cross-border capital controls in place, which, while unrelated to merger control, can lead to similar outcomes. In these instances, the government will stop the merger without recourse to a competition agency, generally citing national security or national interest as their justification for the block.

For instance, if a foreign company wished to take control of a military supplier, most countries would prevent that acquisition on the basis of a threat to national security. Similarly, if a country had a lot of natural resources, the government might feel national interest was under threat and would refuse to hand these over to a foreign investor.

Aside from his work at OECD, Blundell-Wignall has strong personal opinions on the subject.

"It seems to me that there's quite a big difference between mergers and acquisitions between companies, and attempts by a manufacturing or service company to buy something across borders," he says. "While governments give out grants for companies to exploit the minerals and resources in the ground, clearly they're the birthright of all the citizens of that country.

"For example, the oil in Norway is being taken care of by a state-funded enterprise, Statoil, where 100% of the profits go into the national interest. If a foreign company came in wanting to buy Statoil because it wanted cheaper access to oil, what attitude should the Norwegian authority take to this proposition, where there's a national interest concern at stake? Should you allow without hesitation a foreign company to come in and get access to that resource and possibly treat it in a different way?"

In cases like this, where a state-owned enterprise is involved, national security concerns can also come into play. Such a transaction is likely to open a whole new can of worms, giving rise to various additional issues about tax and economic rent.

We certainly don't want misallocation of resources coming about because of cross-subsidation, or overpaying for assets because of national as opposed to competitive objectives," adds Blundell-Wignall.

So how are these issues likely to affect CEOs seeking their next strategic M&A deal? Blundell-Wignall believes that cooperation is the key point to bear in mind. He feels that businesses and their representatives need to understand the benefits associated with information sharing and realise it's in all their interests to avoid duplication.

When CEOs are concerned about the process, he says they should raise their issues with OECD. After all, OECD's recommendations are not static, and when new considerations arise, the competition authorities may need to adapt.

"If your last deal didn't go through or you face multiple overlapping investigations, and because of this you've decided not to proceed, then come and tell us about it," he advises. "We're interested in reviews from businesses about how well global merger control is working. This can be fed into the committee meetings where we explain what problems you have faced and why you decided not to go ahead. It's very useful information to have."

It seems clear that, despite the potential challenges posed by competition law, the current surge in mergers and acquisitions is likely to press full steam ahead. The majority of these will have no impact on competition.

For a certain subset of deals, however - notably the more complex transactions taking place across borders - there is definite scope for delays. If several different competition agencies raise concerns, and their eventual conclusions are not the same, the deal may not be able to go ahead. This is why it's so important for international bodies to work together: sharing data, cutting down on admin and establishing mechanisms to harmonise their efforts.

In today's cross-border business climate, effective competition may come to depend on effective cooperation. 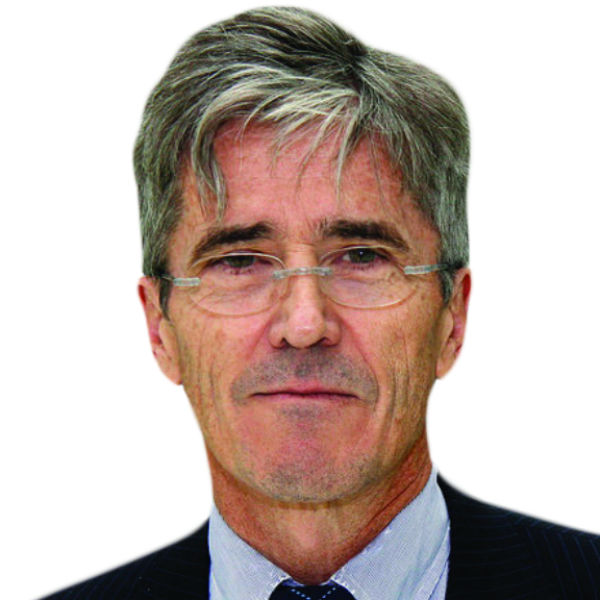 Dr Adrian Blundell-Wignall is the special adviser to the secretary-general on financial markets and director in the Directorate for Financial and Enterprise Affairs (DAF) at OECD. DAF supports governments to improve the domestic and global policies that affect business and markets. 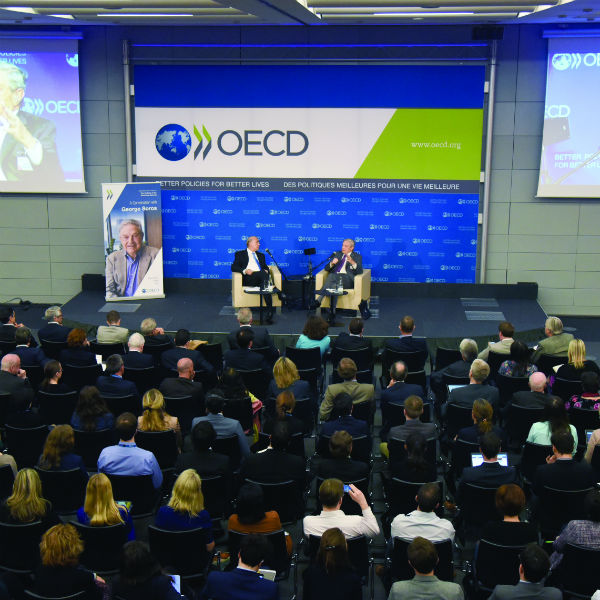 OECD is constantly evolving to make sure M&As adhere to best-practice measures.