There’s no doubt about it; today’s consumers are a lot savvier about the service they demand compared with the past. But how can companies go about successfully enhancing customer experience? Ross Davies talks to Pierre Woreczek of McDonald’s Europe about the group’s ‘glocal’ CRM approach, which has seen it continue to post strong continental results in defiance of the economic downturn.

Three decades ago, if you were to have visited a local French bistro, pulled out a crystal ball and predicted that La Belle France would soon emerge as McDonald's second most profitable market in the world, the proprietor may well have laughed - before throwing you out, that is.

After all, this is a nation with a longstanding and proud food culture, home to some of the world's finest wines and cheeses, where chefs have long enjoyed godhead status. Once upon a time, the notion of fast food was simply unimaginable to the French gourmand.

However, last year alone, McDonald's operations in France, Germany and the UK accounted for 60% of revenues across Europe. The continent has firmly established itself as a land of opportunity for the world's largest fast food group.

Currently, McDonald's is present in 40 countries across the continent. And, despite the ongoing economic headwinds resulting from the sovereign debt crisis, it posted strong results for 2011, with operating income growing by 4% (8% in constant currencies) in the first quarter.

Europe can be difficult to categorise, with tastes and customs varying from country to country. Accordingly, this has seen McDonald's adopt a 'glocalised' customer relationship management (CRM) approach in order to best serve local customers. While consumers can still expect a Big Mac and fries served at breakneck speed upon entering the 'Golden Arches', today the McDonald's offering goes a little deeper than that. It is more disparate, on account of various metrics, ranging from a country's economic standing to local culinary customs. This April saw the launch of the 'McBaguette' in French outlets in a bid to further appeal to the French palate.

"We strongly believe in being a 'glocal' business," says Pierre Woreczek, chief brand & strategy officer, McDonald's Europe. "If there are a lot of commonalities found in Europe between different markets - the essence of our company is to be part of the fabric. Looking to the consumer, we have to deliver locally-driven propositions, whether it is communication or food so as to reflect the local culture."

However, one of the biggest factors pushing CRM for Europe's businesses is indubitably the continent's precarious economic climate. In austere times, different pricing tiers have become a politic means of attracting consumers on the lookout for a good deal. Consequently, McDonald's has introduced value options, such as 'Ein mal Eins' in Germany, 'Uno x uno' in Spain, 'Petit Plaisirs' in France or 'Little Tasters' in the UK, as Woreczek explains.

"It's about having more choices that are relevant to the customer," he says. "'Petit Plaisirs' and 'Little Tasters' are ranges of products that provide an opportunity for people to have access to new tastes at an affordable price. It has been strongly perceived by customers."

Hence, in tailoring its services to the needs of the customer, the McDonald's CRM strategy is very much linked to event-driven marketing, but how does the company go about uncovering and analysing contemporary trends?

"We are always following the way people feel about the brand in terms of corporate social responsibility to make sure they trust us," explains Woreczek. "We have a range of tools so as to be sure that we are correctly measuring and tracking the perception of the consumers. We talk to them regularly."

McDonald's deploys scalable back-office software such as Fast Track, in order to follow customer perception across a range of different dimensions, as well as conducting brand evaluation on a quarterly basis. While Woreczek is an advocate of following consumer needs "precisely", he is also aware of the dangers of an over-emphasis on CRM crossing the line between customer interaction and invasion.

"It is important for us to recognise what our consumers are doing and to know them better," he says. "However, there is also a question of privacy, which is a big issue related to CRM - the ability for people to feel safe with no invasion into their actual way of life."

However, it would appear that customers are beginning to interact with the brand of their own accord. In addition to serving an average of 13.5 million customers a day during quarter four of 2011, like many other corporates, McDonald's has turned to social media as a means of reaching out.

The 'Mein Burger' campaign, run in Germany throughout last year, is a notable example. Customers were asked to create their ideal burger online from a defined set of ingredients, with winning entries eventually being sold in outlets across the country. This led to four million hits on the scheme's micro-site and the casting of 1.5 million online votes.

"Today's consumers want to participate and play a part in the lives of companies," says Woreczek. "If you don't appreciate this, there's the risk of losing custom - we need to be part of the conversation. 'Mein Burger' achieved better engagement with customers."

This also goes back to a better anthropological understanding of markets, which can be honed through on-the-ground partnerships with local franchisees - approximately 80% of McDonald's restaurants worldwide are operated through franchise agreements and joint ventures.

"The way you talk to people is crucial," he says. "You can provide them with a product like the Big Mac and offer a service - that's not the problem. But on a local level, it's about the language you use and the way you interact. The social networking has to be relevant to the market.

"As well as the food, you also need to look in terms of services. Take cashless societies, for example (approximately 85% of European McDonald's restaurants offer cashless capabilities). In France, people use cashless a lot, while Germany they don't tend to pay by card. All communications need to be not only efficient, but relevant too."

Since the first McDonald's was launched on European soil in the Netherlands in 1971, the brand has undergone something of a perception makeover. No longer a novel slice of Americana - it today has over 7,100 restaurants on the continent - arguably, it is as common feature in some of Europe's city and town centres as the local bakery or deli counter.

Increasingly, the group is assimilating European traits and trends. You only need to view the growth of the McCafé - there are currently more than 1,500 outlets in Europe - as an example of the group catering to the continent's prominent coffee culture. In addition, so as to slake the demands of an increasing on-the-move society, particularly in bigger cities, free Wi-Fi connections are now found in 6,750 restaurants, with the number set to grow.

There is undeniably the hallmark of familiarity, yet, according to Woreczek, McDonald's is not set to rest on its laurels - that would defeat the objective of improving penetration and being aligned with consumer trends.

"It's really a case of business conviction," he says. "I believe that a company's reason to exist should go back to the speeches given by its founder, Ray Kroc. It's not the foundations that are changing, but the way that we are activating things to keep them strong.

"Today's customers also want greater transparency in terms of what kind of service we provide, as well as when and how. This should be immediately accessible for people. And with accelerating markets, we can't be perceived to be slow. I also think CRM is starting to become more customised - it's a step we may look to activate in the near future." 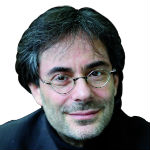