Listen up: the art of inclusion

What do the CEO of Shake Shack, a Boston taxi driver, a Delta flight attendant and two housekeepers have in common – and what can CEOs learn from them? Phil Terry, founder and CEO of Collaborative Gain, explains how they are all grateful and people-oriented. They serve and listen to everyone. From this, there is a simple and important message.

I gave my first internet conference speech in San Francisco almost 20 years ago (August 1996 for the Surfing the Web Potential Conference). In those 20 or so years a lot has changed. Most of my non-tech friends did not have email back then. No one had a smartphone. Many people doubted whether the internet was for real (that, in fact, was the focus of the conference in 1996). In the years since, fortunes have been made. Many companies have started. Many have failed. A few revolutions have been enabled and billions of people communicate in new ways.

There's also been a lot of talk about customers - and increasingly complicated models for understanding customers. In fact, most of these models - no matter how well intentioned by their designers - end up helping consultants and vendors sell their wares while helping executives get further away from and not closer to the real people who are their customers and employees.

In these 20 years, some in the internet world have put the single-minded pursuit of riches on a pedestal and turned it into a religion. The internet - certainly in Silicon Valley - has become a lottery.

In the past several months, I've spoken about my book, Customers Included, at several private CEO summits in the Silicon Valley area as well as at companies like Google and Apple. As I prepared this round of Customers Included talks, I found myself thinking about the people I've met in the past year as I've delivered over 100 talks to CEOs and senior management teams at companies ranging from American Express, Birchbox and @walmartlabs, to Hotel Tonight, Starbucks Target and many others. I'm referring to two housekeepers, a taxi driver, a flight attendant, and the CEO of a burger chain.

My message to internet CEOs and other CEOs in general is to learn from these subjects and include the people around you. Include your employees. Include your customers.

In my book and in my talks, I walk through some of the important stories and lessons from companies like Netflix, Apple and Walmart. I share the most powerful thing that I learned in 15 years of running my consulting company, and serving more than 400 leading internet companies and CEOs.

I talk about how impressed I've been with the humble, smart, customer-focused leadership at some of the newer internet companies like Birchbox and Warby Parker. And I also say this: forget the abstract label of 'customer', 'employee' or 'partner'. Disregard the jargon and the complicated models.

When we talk about customers, we are talking about people - real people. Your customers are people. Your employees are people. People respond to other people who treat them well; who respect them; who care; who look for ways to meet their needs and create meaning; and who live life with a sense of service, gratitude and humility.

I tell them that if you truly include your customers and employees, it will likely increase the chances of your success. You'll be more flexible, you'll be willing to learn. You'll create much better products and services and, most important, you'll create a great culture.

If what you are doing doesn't work - or work the way you had hoped - then if you have conducted yourself with gratitude and a sense of service along the way, then you will have a reservoir of goodwill that will serve you well in times of trouble.

So, yes, there is so much you have to focus on and worry about when running a company, or the product function at Google, or the App Store at Apple. I just ask that while doing all that you do, you also do one simple thing: include your customers and your employees. Lead with love, gratitude and humility, and with a sense of serving the real people that make your business possible.

I have written extensively about a Boston taxi driver who changed me - his story of rise and fall (from successful car-dealership owner to struggling taxi driver) has in fact touched many people. He was worth millions, had a heart attack, went into a coma, and when he resurfaced he lost his businesses. Why? He says he had treated his employees and customers badly so that when he was absent for several months, they abandoned him rather than helped him. This man lost everything and has every reason to be bitter, but instead recognises that his arrogance and greed had ill-served him, and now practises instead a life of service to his family, his friends and to his customers in his taxi.

Here are the rising burger kings, Randy Garutti and Danny Meyer. I had the pleasure of attending the Shake Shack pre-IPO roadshow in New York in January 2015 (Shake Shack went public in late January).

I've known Garutti and Meyer for years. Meyer, the founder, has spoken to The Councils (my community of senior executives who care about customer experience and commit to helping each other succeed) about his philosophy of hospitality and his wonderful book, Setting the Table: The Transforming Power of Hospitality in Business. I've personally seen firsthand from these two - and everyone around them - the way they live their commitment to serve.

When an analyst asked about competing with higher-end burger chains, Garutti answered that they are not just in the burger business. Yes, they serve burgers. Yes, they are very good burgers with great ingredients. But, he said, if you only focus on the burgers you miss the bigger picture. He then talked about how they see the businesses they are part of. In addition to the burger business, they are also in the business of creating an experience for their employees and for their customers. They are in the business of creating leaders from within their team. He talked about their culture. He talked about their commitment to each other and to their customers.

As I sat in the audience, it was clear to me that this hard-charging, cynical Wall Street audience had not ever met such authentic, non-cynical leaders before. In fact, many CEOs use similar words to Garutti's but, in their mouths, those words ring hollow.

Garutti and Meyer radiate; they take pleasure from serving. They are grateful. They are humble. They have built a successful burger business - not exactly a new idea - by including everyone around them.

Here's the story of the housekeepers who showed up at my hotel door on 'blizzard day' in Boston this terrible winter of 2015. I was in Boston to speak at Fidelity Investments and other companies. On this particular day, the governor of Massachusetts issued a travel ban; my talks got cancelled and 26in of snow fell. I stayed in my room and expected that the hotel would operate with a skeleton staff. I did not expect housekeeping that day.

Yet, at 1pm two housekeepers showed up at my door. When I asked them how they got to the hotel, they said they had walked 30 minutes through the blizzard to come to work. They have a hard job on a good day. This was not a good day, yet they not only came to work, but they were also cheerful and friendly. I was amazed.

On a flight from New York to San Francisco, I met a Delta flight attendant who has been flying for 36 years. When I asked her to tell me what it's like to have flown for so many years, she said, "I'm filled with gratitude." She was not only grateful, but also radiated warmth and inspired those around her - other passengers as well as other flight attendants.

At one point, I sat with her on her break and asked her to tell me more about her years of flying. She told me stories including a 9/11 tale. She asked me not to write about those stories (and not to take her picture) and so I agreed, but I did tell her that I was going to share with the world the experience of meeting this unusual flight attendant.

To top it all off, at the end of the flight, she presented me with a bookmark that she had painted and signed during the flight. On the back, she wrote a short but lovely note thanking me for making her day pleasant (I assure you it was the other way around).

In 36 years, she has seen her share of rude passengers and difficult situations. She, like millions of Americans, has lost ground economically. Yet, she is grateful and humble. 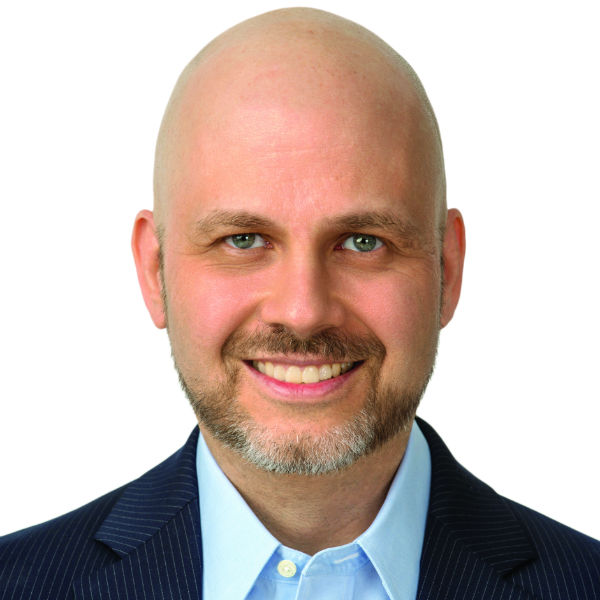 Phil Terry is the CEO of Collaborative Gain, a community of leaders that he started with others a decade ago. He’s the co-author of Customers Included, and sits on the board of the Entrepreneurship Center of the Harvard Business School, as well as the Institute of Innovation at the University of Southern California.