Attracting and retaining talent has become a difficult task. More than ever, employees are succumbing to the allure of the ‘revolving door’ – moving from one company to the next at significant cost to their employers. Abi Millar talks to Tony Doye, president and CEO of Fujitsu America, about how his organisation maintains its focus on ‘relationships for life’ in the face of a cultural shift.

The idea of a 'job for life' has come to sound increasingly anachronistic. Gone are the days when the average worker would join a company straight from college, working their way up its ladder right the way through until retirement.

These days, HR departments are more likely to speak of 'portfolio careers' and 'revolving door syndrome', referring to the tendency to move horizontally between organisations. Because high turnover is both endemic and cripplingly expensive, staff retention has become one of the most pressing issues in human resources today.

A staff changeover incurs huge administrative costs in the form of exit interviews, recruitment and training. Moreover, productivity takes an inevitable tumble as the newcomer learns the ropes. Depending on the seniority of the position, and which estimates you look at, the total costs can range from 30-100% of the employee's annual salary. This can climb still further if the position remains vacant for an extended period.

Although this shift is global in scope, certain countries have felt its impact more acutely than others. "The US seems to lead the way in the revolving door of employees expecting to move every three to five years," says Tony Doye, president and CEO of Fujitsu America. "The recent surveys and documentation that my HR team has shared with me show that's on the increase; it hasn't flattened out."

Doye, who assumed his role at Fujitsu in April 2010, previously held senior positions at Unisys, Computer Sciences Corporation, IBM and British Telecom. At Fujitsu America, he has ultimate responsibility for all of the company's business activities, including an integral involvement with talent management. Worker attrition is always a top concern.

As the US branch of a Japanese company, Fujitsu America is intriguingly poised to analyse this trend. While the company's remit spans the US, Canada, India, Costa Rica and the Caribbean, its work culture is determinedly Japanese.

"We try to be true to the philosophy of Fujitsu with its Japanese heritage," says Doye, "which means that people are the most important asset. So it's all about people rather than technology, while of course leveraging technology to get there."

The third-largest IT services provider in the world, Fujitsu was founded in 1935 in Kawasaki, Japan. Since then, it has become a flourishing global network, with around 170,000 employees supporting clients across 100 countries. The values of the parent company, headquartered in Tokyo, inform the behaviour of the entire organisation.

"Our shareholders are largely Japanese and their way of doing things prevails. Before I came to Fujitsu, I worked for three different American companies, and it's a very different culture," says Doye.

The differences between the two might be described, in broad brushstrokes, as a long-term versus a short-term approach. Whereas the Japanese are generally predisposed to take the long view of business relationships, US companies tend to be guided more by the concerns of the here and now. On the one hand, quarterly targets and a culture of swift gratification; on the other, 'relationships for life'.

This more slow-burning ethos has ramifications both for Fujitsu's customers and its employees. With 'humancentricity' at its core, the company endeavours to bring lasting benefits to those who use its services, thus engendering loyalty to the brand. Such fidelity, however, has to ripple out from the attitudes of its own staff.

"My job is to hold on to good people, and to attract them at a competitive market rate," says Doye. "You've got to recognise that there's a greater propensity for people to move on if you don't fulfil some of their personal needs."

Fujitsu has various practices in place to ensure staff satisfaction. Top of the list is flexibility, giving employees the option to pursue modes of working that fit neatly around their lives. As one might expect from a technology company, a favoured arrangement is teleworking. Especially bearing in mind the rise of social networking and cloud-based tools, escaping the traditional office environment is coming to hold ever more allure.

According to the Telework Research Network, which has synthesised hundreds of studies in the field, 80% of employees surveyed see working from home as a job perk. Two thirds actively want to telework, with 36% going so far as to say they would choose it over a pay rise.

The task for Fujitsu is to balance out individual needs against corporate security; weighing up employees' preferences against the needs of the organisation at large. While this might sound like a difficult trade-off, in practice the conflicts are minimal. Facilitating telework brings many benefits for the organisation: expanding the talent pool, eliminating geographic barriers, saving on the costs of relocation and ultimately reducing staff turnover.

"For the Japanese, large corporations are viewed as having a responsibility to society, rather than just their bottom line."

Clearly, these advantages are not applicable across the board - working from home would not be feasible on the service desk, for example - but for Fujitsu's consultants especially it has proven a big draw.

"The consultants are on the move all the time, with a wide geographic spread, and we don't have an office for all of them," says Doye. "It's more acceptable there to have a knowledge-based community with a dispersed customer base."

Another means of reeling in talent is to provide employees with an enticing set of benefits. Compared with previous generations, today's workers are much more exacting in their requirements. They want packages tailored round their individual lifestyles, and supply has risen to meet that demand.

"I think we have a very competitive policy compared to my last two companies," says Doye, who concedes that benefits have become a cutthroat business. "We offer a great degree of choice between types of programme, whether medical, dental, behavioural, healthcare, reimbursement accounts and so on. People can also voluntarily enter into dependent childcare, long-term care, homeowner rental insurance and even boat insurance."

In the run-up to the US election, health and well-being is a hotly politicised issue. According to Doye, healthcare benefits are being discussed almost as much as remuneration during the hiring process.

While the majority of working-age Americans currently receive their health insurance from an employer, US healthcare reforms look set to revolutionise that picture. Once the law's relevant provisions take effect in 2014, millions of employees will find their medical benefits restructured. In a minority of cases, employer sponsored insurance (ESI) will be dropped altogether, sparking widespread concern.

As insurance schemes evolve, the onus is on employers to shoulder the burden, maintaining the centrality of employee well-being and developing resourceful new benefit strategies. This doesn't have to be a kneejerk response: according to McKinsey consumer research, around 85% of employees would remain with their company even without ESI. Rather, healthcare provisions are a question of preserving an organisation's most valuable asset.

Fujitsu takes this task extremely seriously. As well as medical schemes, the company provides health assessments, wellness plans, nutrition-based webinars, fitness challenges and counselling services. Work-life balance is paramount. Japan being one of the few countries to monitor statistics for karoshi, death by overwork, an 'all work no play' attitude is discouraged.

After all, staff retention is not just a question of piling on the perks. It is also about the subtler, more qualitative factors: creating an environment where employees feel motivated to do their job and genuinely want to be at work. For the Japanese, large corporations are viewed as having a responsibility to society, rather than just their bottom line, and Fujitsu has various outreach and sustainability programmes.

While Fujitsu America did feel the bite of the recession, it remained tenacious and to date continues to thrive. This has proven to be something of a virtuous circle when it comes to staff retention.

"Although people move on a regular basis, if you're a growing, healthy company, life is a hell of a lot of easier," says Doye. "Of course, if you don't have good policies in benefits and you don't care about your community or your employees, it doesn't matter how successful you are, you're eventually going to lose people. But over the long term, people want to be associated with successful companies. That, combined with sensible policies, helps."

As economic circumstances improve, the revolving door looks set to speed up still further. Doye, however, is not worried. With employees' needs remaining central, and talent management a priority, Fujitsu America is set to cement its reputation as a company that is in it for the long haul. In this regard it is thoroughly Japanese. 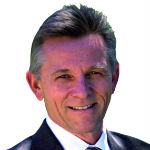