In recent years, tax-avoidance scandals have embroiled some of the world’s largest corporations, placing their transfer pricing policies under public scrutiny. Pascal Saint-Amans, director of the Center for Tax Policy and Administration at the The Organisation for Economic Co-operation and Development (OECD), discusses the function of transfer pricing within today’s business, and explains why it’s so important to ensure your strategy is beneficial and legitimate.

Over the last few years, corporate tax avoidance has barely been out of the news. A number of multinationals - Apple, Google, Starbucks and Vodafone among them - have been named and shamed for minimising their liability, with a string of investigations revealing exactly how little they have been paying.

Starbucks, for instance, turned around £400 million of sales in the UK in 2012 but avoided corporation tax altogether. The year before, Google halved its overall tax bill by funnelling huge amounts of revenue into Bermuda. Between 2009 and 2012, Apple skipped tax on $30 billion of foreign profits. And in 2013, Vodafone paid no tax on the $84 billion windfall it received for selling its share in Verizon. The list could go on.

These figures, which were widely reported, have led to a climate of unease. On one hand, these companies' activities were perfectly legal - operating across multiple jurisdictions with a variable patchwork of tax laws, they simply arranged themselves internally to suit the interests of their shareholders. In many instances, this meant diverting profits to low-tax countries or tax havens.

On the other hand, manipulations of this kind seem intuitively unfair. Given that, for most smaller businesses, corporation tax is inescapable, the news that a multinational enterprise (MNE) has avoided theirs is likely to prove unwelcome.

Many taxpayers have questioned whether the system is due for an overhaul.

"Within the existing rules, you can reach an outcome where you will have the profits located in a no-tax jurisdiction, where not much is happening but contractual arrangements, while the activities generating the profits are located elsewhere," explains Pascal Saint-Amans, director of the Center for Tax Policy and Administration at the OECD in Paris.

"You have what we call cash boxes, which are entities located in tax havens. All the excess returns of the group are there, rather than being taxed in the source or resident countries."

The OECD is working hard to curb the problems associated with this kind of tax avoidance. At the annual G20 summit in November, world leaders convened to discuss the issues, with the OECD spearheading the drive towards reform.

"What we're doing right now, which we presented to the leaders of the G20, is to fight base erosion and profit shifting, meaning the deficiencies in the international tax framework that result legally in decisions that are not common sense," says Saint-Amans. "In other words, major loopholes that threaten the very existence of international rules."

The big topic at stake is transfer pricing (the sales of goods or services within corporations). First addressed as early as 1928, the issue has become especially prominent as cross-border transactions become more commonplace and the amount of money generated by MNEs increases. In a globalised economy, governments are keen to tax whatever accrues to them - meaning that when income is generated in their countries, they succeed in pocketing their fair share.

"When you have an integrated group of companies, the CEO or CFO doesn't care whether the internal transfers of services should be invoiced at a certain price or not, it's all the same pocket," says Saint-Amans. "The difficulty is that governments do not see it that way. As a result, for the past century there has been a tax rule that requires companies within a group to transfer goods and services at the market price."

This rule is based on the 'arm's length principle', which essentially means treating two connected parties as though they were separate entities. Let's say you have two companies operating under the same umbrella enterprise in different countries. Company A sells a service to company B, and the price is calculated through imagining a scenario in which the two were unconnected. This rule is designed to achieve a fair division of taxing profits, as well as eliminating international double taxation.

"In a family, you hug, but when dealing with third parties you keep them at arms' length; that's the idea of this principle," says Saint-Amans. "It is very generic, which is why we've had to develop guidelines, and we debate them on a regular basis. OECD has been working on the interpretation of this principle for over 30 years."

Through following these OECD member guidelines, enshrined in Article 9 of the Model Convention, governments can notionally ensure that an MNE's taxable profits remain within their jurisdiction. Ideally speaking, the tax base reported within that country should accurately reflect activity, and corporates would not find legal loopholes to exploit. Unfortunately, as is clear from the headlines, that is not always the case.

"The arm's length principle has been interpreted in a very legal manner, which has resulted in facilitating the divorce between the location of the activities and the location of the profits through the transfer of risks and funding by pure contract," Saint-Amans explains.

Weakly regulated and difficult to enforce, the principle relies heavily upon the honesty of corporations. It is also based on a hypothetical scenario, which may at times be untenable. In these cases, the transaction simply would not take place on an open market, meaning it's impossible to determine what the fair market price would be.

This has caused difficulties for governments and corporates alike. For businesses, the worst-case scenario is paying taxes across two different jurisdictions; for governments, it is seeing no tax at all. Where there are any doubts about a company's practices (e.g. when funds are pumped into tax havens), the governments in question may walk away from consensus, exposing the company to the risk of being taxed twice.

"On one hand, you have governments concerned that the arm's length principle facilitates double non-taxation, but because they are becoming more aggressive in their approach, we are seeing an increasing number of double taxation cases," says Saint-Amans. "That's why the OECD is trying to find a more sustainable and balanced approach to transfer pricing."

The need for mediation

Its current guidelines are an authorised interpretation, meaning they may be used by judges across the world. Insofar as this is the case, the OECD has a powerful stake in this debate. Unfortunately, that is beginning to change as consensus becomes harder to maintain.

"We used to live in a pure OECD environment, where the OECD represented a very large party and percentage of the world economy, and that's less and less the case," says Saint-Amans. "You have big emerging economies, which are not OECD member countries, which so far have been implementing these transfer pricing guidelines but now would like to have their say in the development. One of the tensions is that, in order to stay relevant, we'd like to make these transfer pricing guidelines even more inclusive while incorporating countries that may have different views or concerns."

So what is to be done? The OECD is currently working on various technical projects in this space, which are designed to prevent abuse. One of these is the transfer pricing treatment of intangible property.

"Legal ownership of intangible property is very easy to shift from one place to another, so transfer pricing treatment needs to be clarified and maybe tightened a bit so you don't end up having all the IP in cash boxes in Bermuda or somewhere," says Saint-Amans. "That's one of the aspects of the action plan we're working on."

The OECD also wants to address the issue of internal loans. A corporation might deduct interest in high-tax countries, and loan the money to a different wing of their business situated within a tax haven. This means is has deductions in some jurisdictions, and no tax at all in others - clearly a major tax dodge.

Lastly, it wants to clarify the implementation of the arm's length principle in the area of risk. If a company transfers its profit to a tax haven, where it has no activity beyond contractual arrangements, allocating risk becomes a confusing subject that can lead to nonsense outcomes.

Beyond these goals, the organisation is looking to improve government documentation (reducing the cost of corporate compliance in the process), and promote country-by-country reporting. In October 2014 in Berlin, 51 countries agreed to automatically share their tax information, which is widely seen as one of the key building blocks to reform.

"Country-by-country reporting has been a deep concern for the OECD, raised at the G20 and the G8," says Saint-Amans. "This will develop a template asking for companies to declare and disclose their profits, sales, taxes, employees, assets, on a country-by-country basis, with the information being sent only to tax administration and not for public use. We now provide the guidance for companies to anticipate the implementation of this reporting probably by 2016."

One final point is the dispute resolution mechanism, which the OECD feels is open to reform. While many countries are purportedly committed to the arm's length principle, they aren't necessarily so successful in implementing that commitment, and the OECD wants to ensure tax is allocated fairly between jurisdictions.

"We want countries to be very serious in eliminating double taxation, where these result from adjustments on the transfer pricing policies of companies," says Saint-Amans. "This is one of the big actions of the plan: to provide better dispute resolutions and put an end to all the hundreds of cases of double taxation, which are never eliminated because governments are not good enough at that. That's another important aspect of what we're working on at the request of G20."

It is clear that the next few years will see significant changes in transfer pricing, with a knock-on effect for tax avoidance. Ultimately, this may mean MNEs find it harder to squirrel away funds in Luxembourg, but there will be advantages from their standpoint too.

Once profit shifting becomes less desirable, they will be able to simplify their structures, eschewing the need for tactical manoeuvres and improving efficiency within the business. This will likely save huge sums of money on governmental tax enforcement, as well as improving their reputation with taxpayers.

In the meantime, Saint-Amans suggests a three-point plan to ensure their strategy is beneficial and legitimate.

"The key message is to do a proper risk assessment, so that's one," he says. "Two, if you want to stick to the guidelines properly and your transfer pricing policy is extremely complicated, you might want to seek out a transfer pricing agreement to make sure your policy has been well documented. Three, bring some aspects of the policy to the board to make sure it's sound and can be explained to administrators."

As regulations are tightened up and business practices become more transparent, the changes are likely to cause some level of discomfort. Saint-Amans, however, believes that at this stage we have no choice.

"It's a big challenge, and companies don't necessarily like it because they're on choppy waters," he says. "But we think we need to be successful, otherwise all the rules starting with the arm's length principle will unravel, which will be detrimental across the investments we want to support." 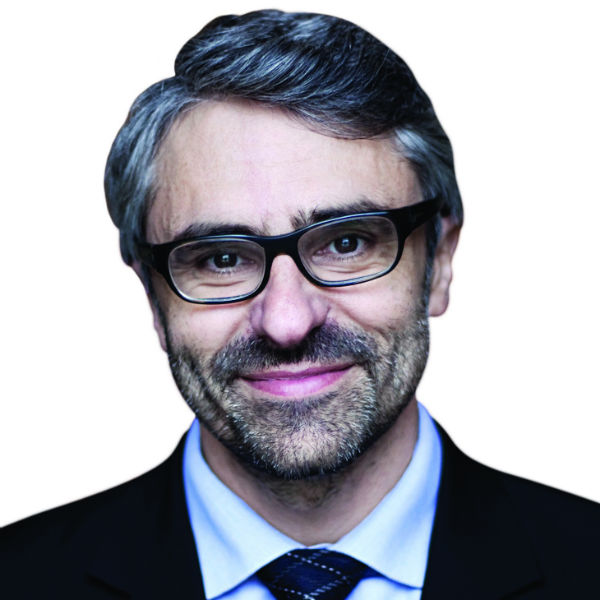 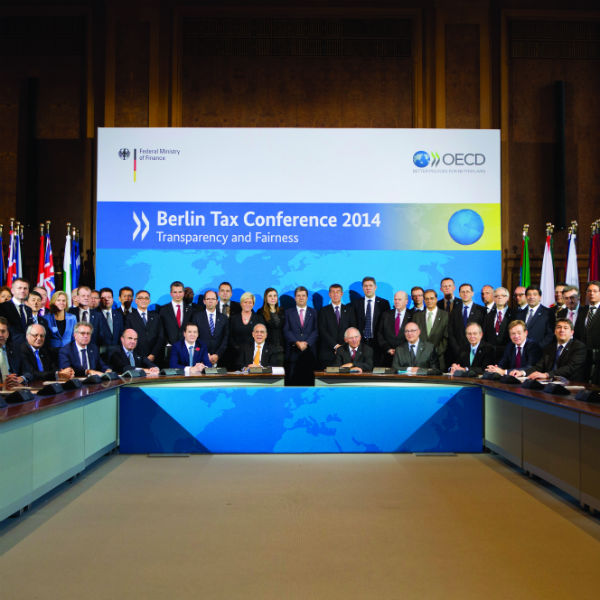 In October 2014 in Berlin, 51 countries agreed to automatically share their tax information.